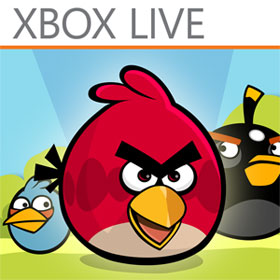 CNET is reporting that a reliable source has tipped it that next week Barnes & Noble will release a full color, 7″ touchscreen, Android-powered Nook for $249.

If this is true, then Barnes & Noble many have made a very smart move, especially if the device is easy on the eyes. If so, then the major bookseller will have a device that fits right in-between the iPad and the Kindle, is color and has Android. Going by the quality of the first edition Nook (which the source says B&N will continue to sell), quality probably won’t be an issue as the first edition was a well-done, very sold product.

So what would this mean for the ereader market overall?

Well, first of all, it would reverse the trend a bit of competitors trying to low-ball each other. Second, if the device is really good (oh, and assuming it has 3G), it would probably push the Kindle WiFi down even further for the holidays to $99 (from the current $139) as Amazon will need to go for more units sold. The Nook, however, is very unlikely to impact sales and/or price of the iPad, unless it is an extrodinary device. In fact, by diversifying from the Kindle and black and white ereaders, if anything, the Nook now will probably have to directly compete with the iPad even more than before.

Of course, if it is good on the eyes… we’ll just have to wait and see if this rumored device a) hits B&N stores/ready for pre-order next week and b) is a winner if it does.

Update: According to Reuters, the Nook will be coming to Walmart across the US – also reportedly next week. The Reuters report would seem to indicate that the first generation Nook will be on sale at the world’s largest retailer, but the timing is certainly extremely interesting – perhaps B&N will make both announcements at the same time (it has an event in New York next Tuesday) or will the Nook Color go on sale at Walmart as well? Walmart also started selling the iPad in many of its stores this last weekend.