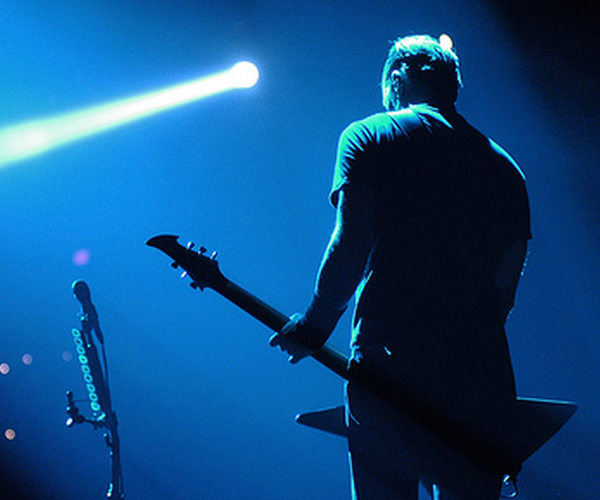 No, we are not discussing Grooveshark’s massive growth, it has handled scaling with remarkable aplomb, we are instead talking about the company’s rather tenuous legal situation. It is in our view a miracle that the website is online and not locked in a courtroom somewhere fighting for breath.

When we first covered Grooveshark we called it “amazing [and] illegal.” Its difficulty with the law was recently embodied after a record label complaint over its mobile application caused the app to be yanked with no ceremony from the iOS app store. The company was not pleased.

Just what kind of legal quandary is the company operating under?  Cnet hit the nail on the head a few weeks back:

And there’s the rub–Grooveshark has long been in a state of legal limbo. Instead of licensing content upfront as music subscription services like Mog and Rhapsody do, Grooveshark relies on users to post content to the site. Then it forces content owners to inform it of violations under the Digital Millennium Copyright Act (DMCA), after which it takes content down… The company was able to reach a licensing deal with EMI in October 2009, but got hit by Universal a few months later.

The vast and flagrant copyright infringement that goes on on the site every day, and right now at my desk truth be told, is stunning. The site is a veritable behemoth, with Compete estimating over 14 million visits a month to the site in the US alone. Assuming three streams per visit, more than 40 million songs plays a month from the US alone are going mostly unpaid.

It just can’t last. The site will eventually draw the ire of enough record labels to drive it asunder. [Please see update below] For something of an example, famous band Pink Floyd sued the website this year and won having all its tracks removed. If you dig around the website you can still find original Pink Floyd songs that users have uploaded. In short the website can’t control its user base and their actions. If they can’t keep a single band off of the website, when a record label eventually sues them for broad infringement and Grooveshark tries to pull all their music, it just won’t work.

Their model of user uploaded music precludes censorship from being a real option.

As that is the case, there will be a legal injunction against the company to end its free streaming of music that it does not have the licenses to. According to the company’s list of record groups that it has come to agreements with, only one of the big four (EMI, Sony, Warner, Universal) is on board, EMI. That means that the music from three of the four largest (and most important) record labels are being used in ways that they probably do not appreciate.

I truly hope that Grooveshark can clear all of this up. The website is fast, pretty, and dead useful. My non-techy girlfriend swears by it after I made her read my first post on it (she was only frumped until she tried it, then it was all smiles), and anything that the mass market can use and love needs to stay up. We’ll say it again: Grooveshark is amazing and illegal, let’s hope that they can clear up that second bit before the shoe drops.

Update: Grooveshark just reached out to us and pointed out that we got something a little bit wrong. Pink Floyd didn’t sue Grooveshark over single song sales and streaming, but EMI (their label), which then had the music pulled. EMI is of course the only major label on the website. Further, the company has no intention of going offline, we were told.