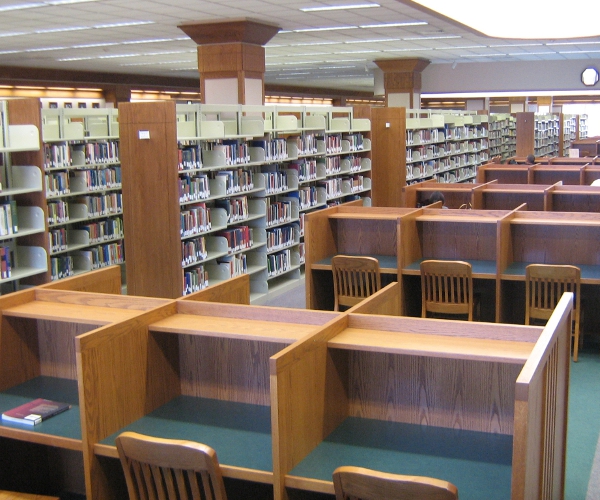 Amazon today announced that it’s “reaching out to publishers and accomplished writers” to produce 10,000 to 30,000 word “Kindle Singles”, which it says equals about “twice the length of a New Yorker feature” but not “long enough to deliver the “heft” required for book marketing and distribution.” Do you know who is going to love this? Academics, that’s who.

Which is exactly who Amazon is targeting with Kindle Singles.

While buying (paper) books on Amazon has been a staple of the college scene for a decade, we’re pretty sure that Amazon still hasn’t hit the stride that it would like to have with college eBook and/or Kindle sales. The bookseller tried to push the Kindle DX onto the education market, but it was too big and too expensive. Sorry Amazon, but that’s the truth. Beyond that, teachers/professors are often locked into paper book deals, and it’s pretty hard to make a class full of students drop $300+ on a ereader just so they can participate in class.

However, things are rapidly changing. Not only is the Kindle 3 WiFi model a very reasonable $139 (and we wouldn’t be surprised at all if it drops to $99 for the holidays), but Amazon now has Kindle apps for nearly every smartphone, as well as for the iPad, so the hardware barrier has been greatly reduced. That said, there is still those pesky paper books to deal with – and Amazon’s answer to bridge to gap between now and when all reading is done electronically (which of course will happen some day) would seem to Kindle Singles.

How could Kindle Singles help to bridge that gap? Well, back to the press release Amazon put out today:

“Today’s announcement is a call to serious writers, thinkers, scientists, business leaders, historians, politicians and publishers to join Amazon in making such works available to readers around the world. Ideas and the words to deliver them should be crafted to their natural length, not to an artificial marketing length that justifies a particular price or a certain format”

“Serious writers, thinkers, scientists” and “historians” sure sounds like college professors to us, and the length of the Singles is about exactly what a serious academic journal article or research paper comes out to, isn’t it? Those articles certainly are “crafted to their natural length” more or less, and academic book publishers – unless the book is an edited selection of essays – don’t touch those kinds of article with a ten foot pole: they simply can’t sell them. In academic circles, however, journal articles are the meat in the college sandwich, and right now on the Kindle, these are mainly read as PDFs. However, give academics the opportunity to not only get their writings out to “readers around the world”, but also make some money (especially without having to give their cut to the publishers) in the process…they are going to line up to write Singles, and Amazon knows it.

That said, for right now, Amazon is playing nice with publishers by saying “we’re reaching out to publishers and accomplished writers” but that is just a nicety that Amazon has to do at this point. In the not-too-distant-future, we fully expect Amazon to open this up to many more people – especially hungry-to-get-published-academics. When those young, hip, professors and teaching assistants can point their students to their latest journal article/Kindle Single on Amazon.com, then we’ll start to see the real tipping point in academics towards ereading.

Kindle Singles are nothing short of brilliant on Amazon’s part.