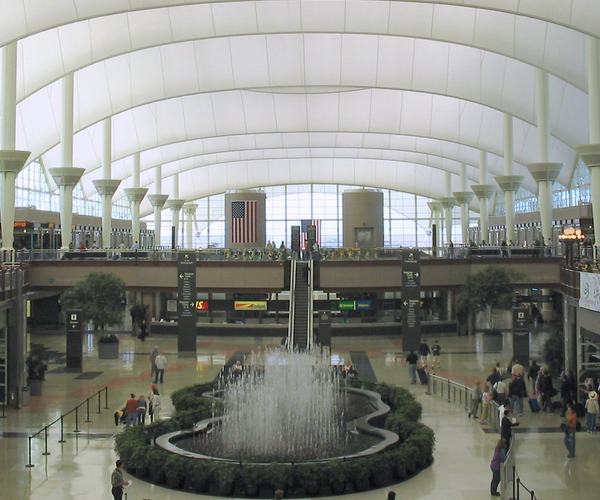 While heading out to San Francisco a couple of weeks ago, I was using GoGoInflight while on the plane to connect to the Internet. Once in the terminal, however, that option was no longer available. So, like any good traveler, I started looking for whatever free WiFi was available in the airport.

There were a couple of choices, in Salt Lake City. The airport itself offered free WiFi, and Salt Lake seemed to have its own as well. Above them all, however, sat the strongest signal from something labeled only as “Free Public WiFI”. The network icon, however, looked strangely different. It wasn’t an open network of the normal sense, but rather an ad-hoc network, created by Windows computers.

According to a story from the NPR, my findings weren’t so strange after all. “Free Public WiFi” appears to be spreading like wildfire in open areas. But how does it all start? Apparently, you can blame out-of-date Windows XP users:

When a computer running an older version of XP can’t find any of its “favorite” wireless networks, it will automatically create an ad hoc network with the same name as the last one it connected to -– in this case, “Free Public WiFi.” Other computers within range of that new ad hoc network can see it, luring other users to connect.

So what is the danger in this ad-hoc network? It’s all a matter of security. With an open, insecure network such as this, it is possible for operators to look at the files directly on your computer, assuming that you’re not properly protected.

You’ll notice that I said that I didn’t connect because I noticed that the network icon was different. This is yet another area where XP users are at a disadvantage. While Microsoft did patch the vulnerability in Service Pack 3 for XP, the icon remains the same and people are apparently not paying mind to the network type in text.

The NPR goes on to talk about some other networks of which you should be careful, though I can’t say that I agree entirely. According to the NPR, you should watch out also for “linksys”, “hpsetup”, “tmobile” and “default”.

Bear in mind, however, that many router owners simply don’t know to change their SSID, nor do they know how to secure their network. It is entirely possible, in many cases, that an SSID broadcast of Linksys or Belkin or many more could simply be an unsecured connection. You may run your risks in using it, but it isn’t likely to be inherently malicious.

So how do we end the risk? There are a few steps:

First off, make sure you’re up to date with the latest patches and service packs. It’s that ounce of prevention, pound of cure mentality that will start the right path.

While it is certainly an oversight on the part of Microsoft to not provide a different icon for ad-hoc in XP, it’s personal responsibility to know what you’re using. Windows Vista and 7 users will be treated to a wholly different look, but XP users need to exercise more caution.

Along the same line of thinking, understand that free wifi is a whole new ballgame for many places. Municipalities still haven’t rolled it out en masse and many businesses are just now learning of its benefits. When you’re looking for a network, make sure to look for one that appears to be more “official” than generic.

Chances are, if you’re reading this, then you’re already the go-to person for your friends and their computer problems. Use that to everyone’s advantage by taking the chance to patch up their systems.

For an example on how to entertain your neighbors check this creative use of network naming.

Read next: Microsoft: Who Poked the Sleeping Dragon?