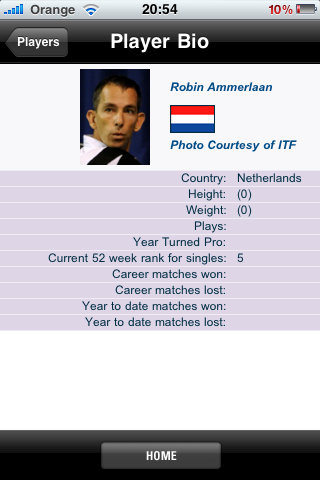 A touch over a week ago, we reached out to Dell. I told them that I was headed out of town for the week and asked if they had anything that they’d like us to look at from a “road warrior” type perspective. I made them no promises of a review, because I wouldn’t bother writing about it if it sucked, but they were quick to respond and ask me if I’d like to take a Vostro V13 along for the trip.

The V13 isn’t exactly new. It’s been around for a touch over a year. However, it’s still a major player in the ultra-portable market, so were eager to get our hands on it and see how it stacked up. The V13 is aimed directly at Apple’s ultra-portable Macbook Air. In my experience, I spent a week travelling with it and couldn’t possibly be happier given its price point. That point is the first of a few that I want to talk about.

Please don’t be fooled when you visit the V13’s product page that I linked above. That $399 price is the most stripped down version of the computer that you can get. It has a Celeron M processor, running Ubuntu 9.04 and 2GB of DDR3 memory. Now, as long as you continue to run Ubuntu and have no desire to do anything other than Internet work, that will probably get you by and you can pick up a reasonably nice piece of road gear for under $400.

More realistically, however, you’ll need to have a V13 that is loaded to the gills in order to be fully happy with it for any length of time. That “loaded” version, as my demo model is, includes the following: Side by side with the Macbook Air, the V13 holds a “close but no cigar” point when we’re talking about specs. In order to make the comparrison fair, we have to talk about the lower end version of the Macbook Air which has a 1.86 GHz Core 2 Duo with 2GB of the same DDR RAM. The air also has a 13.3-inch screen with a 1280×800 native resolution and a 120 GB SATA hard drive standard.

The issue, of course, is price. When you load up the V13, you very quickly leave behind that $399 starter price and end up at $839 fully loaded. Comparably built, the Macbook Air clocks in at $1499 with a higher clocked CPU but only 2GB of RAM. That’s a huge, nearly $700 difference for a computer that is equally capable. A pretty big chunk for an OS choice, in my mind.

I can tell you, first hand, that I am hugely pleased with the V13. I was concerned primarily with battery life, which I found to run around 2.5 hours while playing streaming Netflix. When just working on web pages and email, however, that hovered closer to the 5 hour mark. Typing on the V13’s full-sized keyboard was a pleasure, and nearly as lovely as using my Apple-branded keyboard at home. The track pad, as is often the case, leaves a bit to be desired. I had forgotten to bring a mouse with me on the road, so I was forced into using it all week. While accuracy wasn’t a problem, I found my thumbs resting on it pretty often, thus flinging my cursor to odd parts of the page. The buttons for the pad were a bit less firm than I’d have liked, but were still passable.

Everything else about the V13 is quite near perfect. It’s slim, light (a touch under 4 lbs as tested), has a full aluminum case (without doors for replacing battery, RAM or HDD, mind you) and will certainly get looks when you pull it out to use it. It is, simply, the best looking laptop I’ve ever seen roll out of Dell. Fortunately, it’s also the single best laptop I’ve ever used from Dell, cases of use considered. Yes, I did use a caveat there, so let’s talk about this.

Make no mistake – you won’t pay $400 (or even $900 when built as ours is) and be happy with it, unless you have realistic expectations for what it is meant to do. This isn’t a workstation, it’s an ultra-portable. Its meant to enable you to do light work while travelling. If you try to process video, audio or do some gaming on it (other than light social gaming) you’re going to be seriously disappointed.

However, if you use it as intended, the V13 is (at least in my opinion) the best value on the market. It’s perfectly capable, very comfortable (even for long sessions) and can pack away into even your smallest carry-on with ease.

You’ll also notice that the V13 is quite business-oriented. With only 2 USB slots (1 being a combo slot for e-SATA), you’re best served to use a Bluetooth mouse and take advantage of the onboard Bluetooth radio. Also, there’s no HDMI or even DVI because most projectors still use VGA connection. Again, you have to bear in mind what this machine is intended to do.

I don’t even want to touch this here, but it’s inevitable given how the Vostro is aligned to compete with the Air. The simple fact is this – if you want OS X, get the Macbook Air. It’s a great machine, even if it does cost twice what it should. If you’re OK with Windows 7 or Ubuntu, then the Vostro is the hands-down winner. Even if it doesn’t hold up for years, you’re still out considerably less money than you would be if you purchase the Apple.

If you need it, then the Vostro V13 is one of the best machines on the market. You absolutely need it if you find yourself on the road often, or sitting at crowded conference tables or even if you just want something that’s easy to toss into the car. Facing facts, no one computer will ever be the “killer” of another, and that’s true with the Vostro as well. Bearing that in mind, however, it’s an amazing machine for its price no matter the configuration.