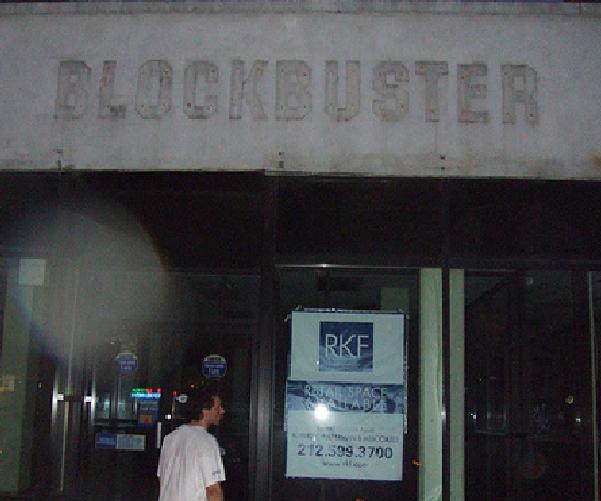 One company has a stock price of more than $150 while the other trades for mere pennies, can you guess which is Netflix and which is Blockbuster?

Blockbuster, the long ailing brick and mortar video rental store is in free fall and according to recent reporting is sprinting towards bankruptcy. The company’s debt situation, massively under-performing store network, and antiquated business model have left the firm with few options and a desperate time table.

I offer you two choices: for $3 you can drive to the store and rent a movie, or for $4 you can rent it from an online store and not move from the couch. That in a nutshell is why Blockbuster is suffering as it is.

With the launch of the new Apple TV, several nails already in Blockbuster’s near air-tight coffin were whacked again. According to paidContent: “Blockbuster apparently still believes there’s a market for a much-smaller bricks-and-mortar chain, although the WSJ says the restructured company will also emphasize ‘digital distribution.'”

The company yet has faith in a chain of stores? I can’t see the numbers that they are looking at, but even if they are correct, how long until that is no longer true? Perhaps now there is still some demand, but in 5 years? If Blockbuster really wants to come out of its tailspin it should use bankruptcy to shed all its physical ballast and hit the digital world with everything it has left. That is the future, and if Blockbuster wants to have one it should recognize that fact.

Read next: Bin Laden isn't falling for that one.