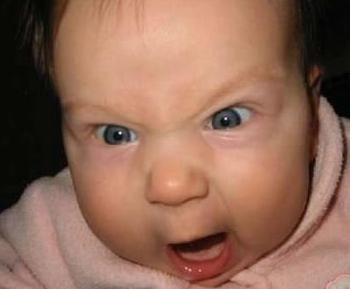 4chan and the /b crew are infamous around the internet for their elaborate pranks and nearly endless trolling. That said, they do have their own merits. In terms of sheer creativity and effort it is hard to find an equivalent community.

The best analogy is that 4chan is like Reddit, but with even more anonymity and all that that brings with it. However, 4chan seems to be branching out from its usual hijinks to outright political activism, albeit in typical 4chan style.

What have they been up to? Their two most recent actions that have popped up on my radar (often they go undetected outside the community) are both rather ‘in your face.’ The group massed up and launched a torrent of DDoS attacks on the websites of the MPAA, RIAA, BPI, and others to voice their opinion on anti-piracy efforts.

While in the US there is little political traction for the pro-filesharing lobby, around the world that is slowly changing. 4chan took their views into their own hands and took out (in a massive timed push) the websites of the people that annoy them. Imagine a flash mob that kills your website in a matter of seconds. Not pretty. Just today the hacking of a Tea Party social network came to light. 4chan flooded the network for activists in the Tea Party with signs for the upcoming Jon Stewart rally and a collection of rather NSFW images that we will not discuss.

I am in no way condoning 4chan’s actions, but you have to think that there is a silent majority of internet users who are quietly chuckling at the antics of /b without ever taking part.

The scary point in this is that 4chan is not stoppable. What they did to the MPAA and RIAA websites they could do to your website. Any website. It’s something to think about. Then again, so long as you follow the first maxim of surviving online (never piss off 4chan), you should be safe.