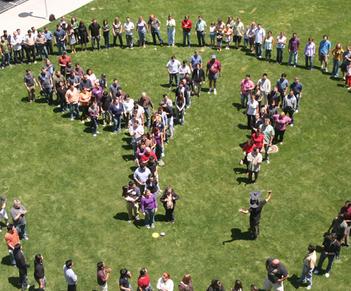 Today Yahoo held a press conference in which it pitched its future prospects. The goal of the event was to spread Yahoo’s vision for itself, to sell the venerable company to a group of writers who view it as big, stodgy firm stuck in the muck as a modern company with a guiding vision.

Instead of announcing new products, Yahoo issued a roadmap that outlines how they are going to catch up their me-too products to industry-leve parity and integrate with other companies. That is not what I was hoping to hear from Yahoo, which seems to consistently underutilize its talent.

Let’s get into what they are working on:

Those are very respectable goals which on paper keep the company relevant. Whether or not they can catch Gmail in ease of use and features remains to be seen, but competing in email is important. Ditto for search. With Bing under the hood Yahoo should be able make changes to its search property that will help it hold onto part of its marketshare.

Twitter integration is a complete no-brainer, and it’s something they should have done a year ago. The integration of Twitter and the release of an iPad app seem to be such minimal items in terms of complexity that I am surprised that they made it onto the ‘big list.’

The push for better advertising is put like this: “Customized Content Ads with creative formats that leverage an advertiser’s robust content and enable social sharing.” Or, as I like to call it, what everyone else is trying to do.

The last bullet point is the only really innovative thing on the list. Yahoo and Toshiba are linking up to squeeze Yahoo into their hardware. The goal is to “provide consumers with thousands of video-on-demand content sources, social networks, games, music, shopping, and more — all while watching TV,” which sounds rather nice. this is the only point on the list which sounds like an even somewhat original idea The rest is the Silicon Valley edition of Keeping Up With The Joneses.

Yahoo has mojo and a great team to boot, but it seems to not want try anything new This is a mistake. Yahoo must do more than update what they have already built if they want to reclaim their crown as internet king. Google is doing just that: developing and launching new ideas. If something succeeds (Gmail) they continue development, while the failures (Wave) get the can. Yahoo seems timid, unsure of what else to do but update its email service.

Yahoo needs a few crazy dreamers to walk down the halls and go, “hell, I’ve got an idea, let’s build it!” Let’s hope they find them.