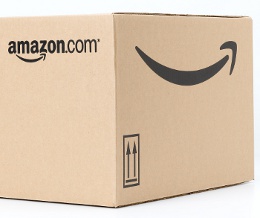 If you keep a close eye on startup related-news, and if you read The Next Web (there is a good chance that you do), you have probably seen something crop up in the corner of your eye in the last few weeks: Starcraft.

To be more precise, Starcraft 2. Why is a video game taking up so much space in our tech feed? To explain, we have to answer a different question: what is Starcraft? Simply put, it’s a strategy game played at a excruciatingly high level around the world with a rising professional scene.

To explain why it has reared its head into our usually staid, if exciting startup world, we have to go deeper. To start, the game came out recently after an extensive beta period that attracted a huge following of techies, developers, hackers, marketing types, and the other people who fly in the startup orbit. The beta was exclusive, and as our crowd knows how to finagle invites it became a normal topic of conversation: “Oh, you aren’t in the beta yet? You have to get in man…”

Shame works, and I was surprised at how many of my friends on both coasts were putting in serious game hours all summer, bragging about this and that. I suppose it is a nice break from coding.

Second, the skills that make a good Starcraft players are very similar to the skills you need to work for a startup. I’m joking, right? Not really, or I am at least not alone in this line of thinking. A big article was published on early September by tech man Koichi entitled “Why Startups Should Only Hire Good Starcraft Players,” which started something of a firestorm of comments around the internet surrounding how prevalent the game is among technology people.

What were the big ideas? Obsessive improvement, the ability to wear multiple hats, manners, the ability to see the big picture and still work on details, and on and on. The crossovers are wide if you care to look for them.

So popular indeed has the game become that in San Francisco there is a Starcraft tournament being organized for only startup people.

It runs deeper. I’ve had several people after pitching me on their companies via IM ask if I want to play a game or two. It’s almost as if Starcraft 2 is becoming the new “get coffee and get acquainted” exercise to some, an acceptable way to build relationships, especially when distance separates two people.

That last statement is more grandiose sounding than it is, but you get the gist of my idea. So long as Starcraft is a game where fast typing, quick thinking, risk assessment, feinting, and sheer competition are key, it will remain popular among the startup community. Every group has an activity, and aside from drinking it seems that Starcraft and startups are becoming best buddies.

Do you need to play it? Of course not. However, if you do you will be in good standing among your peers. Gaming is no longer geek, but is not yet chic. Then again, the startup world is neither of those itself, so it is hardly a sin. GL HF.

Oh, and if you want an ass-kicking, add me on Facebook and then friend me on Starcraft 2.