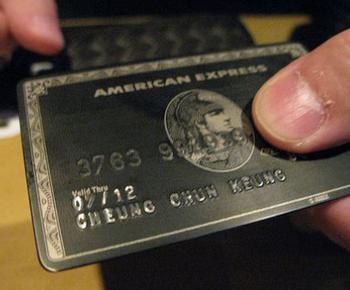 Amazon, in a move that may signal the start of a minor revolution in online payments and rewards, has announced a partnership with the popular credit card company American Express to allow its cardholders to use reward points to make purchases on Amazon.com.

American Express called it “a major step forward in the evolution of the Membership Rewards program,” an idea that Amazon must echo, as it is sure to bring waves of credit card owners to Amazon looking to lighten their rewards account.

It should be noted that AmEx is associated with higher-end clientele, something that might have played a role in the partnership forming. Given the higher spending rates of AmEx card holders, they tend to accumulate rewards more quickly, giving Amazon a shot at growing its total sales by a fair nudge.

To take part in program, all AmEx members have to do is link their credit card and Amazon accounts. Doing so will automatically bring up their points account when making a purchase on Amazon.com, making the use of points simple enough to be practical.

While we hate to prognosticate wildly, it would seem that if this run with AmEx goes well Amazon will expand the program to other credit card companies in the future.

Read next: Glass: Turning the Internet into your collaborative sharing website.