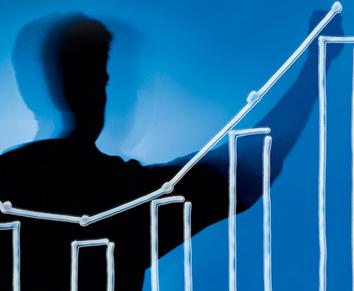 There is a big story running around the blogosphere this past night (morning, depending on where you live), pushing tales of woe for third-party Twitter applications. In short, companies that are pure-play apps built on top of Twitter are being given less venture capital love.

Less love means less money, slowing the tap of cash that helped to build the first generation of Twitter applications that grew the service from a broken joke into a social behemoth.

If you didn’t see this one coming you need to unvarnish your crystal ball, it was pretty clear. What happened? You already know the answer, Twitter got into the game the third party developers used to own. Twitter apps for iOS? Used to be a healthy war, now the best application is free. There went that market. Same for Twitter for iPad and so forth. Twitter is on a rampage to “plug holes,” leaving the development shops that built the apps that Twitter grew on alone and cold with few users.

Venture capitalists had bet on these smaller companies in hopes of mining some of the Twitter gold, sad that they had never managed to put money into the social company. Those bets appeared to be paying off for some time, as numerous legitimate businesses were born on top of the Twitter ecosystem. Now with Twitter moving aggressively, working to create great free applications for its dedicated and even new users, the market is much tougher. Hence, less funding.

If you visit the engineering floor at Twitter’s office in San Francisco you will be shocked at how serious it is. Yes, the wall decorations are whimsy but the developers are nose down and knee deep in code. The company has the staff, and the money to pay them, to churn out great applications.

Before, Twitter simply did not have the manpower to develop for so many platforms. No more. As Twitter matures, ramps up its revenue channels, and continues to attract new users, providing air-tight experiences across all platforms in a first-party way is crucial. Me and you might have debated Tweetie against Twitterific (and which version!), but your mother just wants “Twitter” for her phone, period.

As We Want Twitter To Grow, This Is Good

Are some external developers going to be crushed in the coming months as Twitter grows and changes, taking up more “official” space around the market? Yes. There is a second way to look at the equation, however: we all profit if Twitter grows.

I doubt if more than a handful of people who read this article are not Twitter users. Do you want more followers, influence, and power? Then you want Twitter to grow. We all do. Twitter is trying to tie together an end-to-end solution for everyone, everywhere. It will take time, probably another year to execute, but they will.

At that moment Twitter could actually cross into the mainstream, being a simple application that anyone can use, anytime.

Twitter should hire the people who built the best third-party applications that the company is working on taking over. Those people know what they are doing, and have given much to Twitter by enriching its ecosystem when Twitter could not.

Twitter needs to do what it is doing, but it can and should do it as carefully, and respectfully, as it can. Twitter used to be nothing. We hacked around its problems and made it famous. Twitter is a simple idea with an amazing community, and the company seems to understand that. Well, except the comical corporatespeak on their Status blog.

Twitter, keep growing, keep expanding, and keep doing what you have to. I’m excited, as you grow so does the blogging world. Just keep an eye backwards and take care of the people who helped you when you were down every other day. To everyone else, the gravy train and your local VC has stopped, sorry to be the bearer of bad news.

Read next: Now This Is Innovation