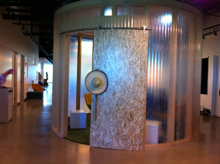 In 2003, the Internet was in  a phase of transition. The dot-com bubble had long since burst and people were looking for more useful ways to put the Internet to work. Since just building a good website no longer meant success, networking became increasingly important. In the view of the “who you know not what you know” mentality, LinkedIn was born.

We were given the idea that we could connect with former co-workers, bosses and friends, and then by providing career information about one another, we’d have the best possible way to acquire recommendations that we could use to further our paths.

Sadly, it has never come to fruition in the way that it should have. LinkedIn, to this day, has a number of problems that 70 million users and $103 million in funding haven’t been able to fight off. These problems, coupled with a somewhat rising global economic outlook have set LinkedIn into a death spiral that doesn’t seem to be ending anytime soon.

It wasn’t long ago that LinkedIn finally overhauled its internal messaging system. The service that is supposedly so important was getting a pretty large upgrade. That “upgrade” amounted to nothing more than bringing LinkedIn into 2005…5 years too late.

In short, if LinkedIn is going to market itself as a pace-setting site, then it needs to at least be toward the front of the pack instead of bringing up the rear in terms of features and capabilities.

LinkedIn seems to think that Internet users aren’t lazy. The fact is, we are. In viewing recommendations on LinkedIn, every one is given the same weight, whether it’s from Steve Jobs or your friend Bob. Anyone viewing your profile would have to do more digging in order to figure out which one is more important.

Recommendations, which are the basis of the entire site, need to hold value. Lacking a scale by which the importance of a recommendation can be measured is a huge oversight on the part of the site. Today, social influence scales are taking off in a way that LinkedIn should have been able to capitalize on years ago. In short, LinkedIn should not have to prove that it is the Klout of careers. It does.

Lack of Use is a Downward Spiral

Our own @ChadCat wrote about the downward spiral of LinkedIn not long ago. He, like many of us, continues to find little value in the site. Of course, we all go on the connections bender once in a while, but nothing ever seems to come of it.

That lack of interaction, the lack of results, is the elephant in the LinkedIn room. Nobody wants to talk about how it simply doesn’t do what it’s intended to do, for most of its users. If in time, we continue to fade away from the site, there will be less critical mass to LinkedIn, something that is propping it up. Less interaction and use means less critical mass and a slowing trend that the site will be hard pressed to turn around.

How To Fix It

First off, it should go without saying (but this is blogging, and if I don’t say it someone will call me an idiot after saying it themselves) that LinkedIn needs a serious amount of cosmetic surgery. We’re not just talking a facelift; the site needs a ground-up restoration. Ugly is not acceptable, and for a company that claims to be profitable they can afford a real design team.

It simply must be able to compete with what else is out and available on the Internet. People are finding considerably more value in Facebook and Twitter connections than they are with LinkedIn, and that’s a fact that the site can’t afford to ignore any longer.

So what comes after the reconstruction? Here are some ideas:

LinkedIn has become an aggregator. People feed information into it and don’t bother doing much on the site itself. Looking at my main LinkedIn page is akin to going to Twitter and seeing the updates of my friends. There’s little else that happens.

LinkedIn needs to think backwards of where it is presently. It needs to connect to Twitter and Facebook so that you can push your information to those networks if you want, rather than telling everyone with whom you’re connected that you just got your second Starbucks of the day.

If you know about LinkedIn, it’s because you just happened to. It’s not likely that you know anyone who has ever turned a connection into a job. LinkedIn has done an abysmal job of marketing itself, and the lack of function is partially to blame for that. The “buzz” wore off nearly as fast as it came on.

If LinkedIn is to do its job, it needs to bring some people on board who are amazing at developing buzz and relationships. Get the buzz going, then show your newly-buzzed users why your site is important to them.

It’s entirely possible that everything that we’ve written here is wrong. Maybe there are people who have gotten loads of jobs because of the site. If that’s true, though, why don’t we know about it? LinkedIn needs to show its users what happens when you’re well connected. As of now, that hasn’t even been started.

The site has promise, it has users, and it has cash. It has everything that any web company could ever want, except our attention. If it does that, the site should be able to reclaim its former shine.