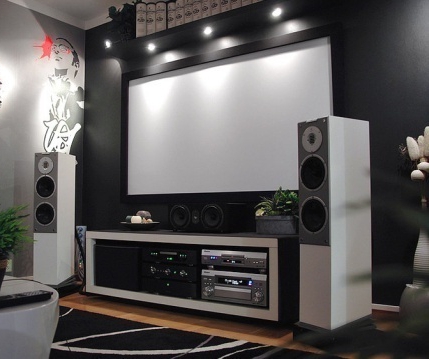 Apple today announced the new iteration of its Apple TV device that will sell for $99. As we’ve reported, it was the most popular announcement Apple made today based on Twitter stats. That said, we also said that it is nothing to write home about, and on the face of it, it certainly doesn’t seem all that revolutionary.

In response, Boxee – which also aims to bring online video to the big (TV) screen – posted a response saying that while they love Apple products, they think that Boxee and Apple will be taking different paths to getting online video onto living room screens, with Boxee taking an “open” approach. Sitting off to the side, is Google TV, which of course was demoed this spring by Google at its i/o conference, and which we’re all still waiting to see in real life. There are other devices as well, including the Roku, Internet-enabled TVs, etc.

However, from my perspective, I really need to ask at this point – as cool as some of these devices/services portend to be, are they really necessary? Is Steve Jobs right when he says that no one wants to plug their computers into their living room TVs?

First of all, it seems to me that many of these devices/services are on a mission to give us another “thing” that we really don’t need. Honestly, I have a DVD player, and even that I really don’t need – my computer plays DVDs fine. At least gaming consoles like the XBox and Playstation give us some gaming power – what does an Apple TV give us that we can’t get from our computer? HDMI out? Check. And Netflix, Hulu and YouTube streaming work just fine and dandy on my computer, thank you very much.

As far as striping away the clutter of the keyboard and mouse in favor of a simple remote control, I do get that – but I think that remote control should be a smartphone and/or a tablet that controls my computer/TV. Granted, a touch based computer that could take multi-touch controls from my iPad would be better than a mouse-based one, but again, do I and/or the vast majority of consumers need one more device?

Obviously, I’m arguing that we don’t. Perhaps if these systems were baked right into the displays, it would be another matter, and certainly there are manufacturers that are trying just that (pretty much unsuccessfully to this point). However, until these devices can start doing something my computer can’t (and I’d argue my computer can do a heck of a lot more, like let me play with Google Earth on my modestly large TV), even an attractive $99 price tag just doesn’t seem all that justified. We’ll see a revolution in this space eventually, but it doesn’t seem to be here yet.

Read next: Reddit: Hey, We Are Bigger Than Digg!