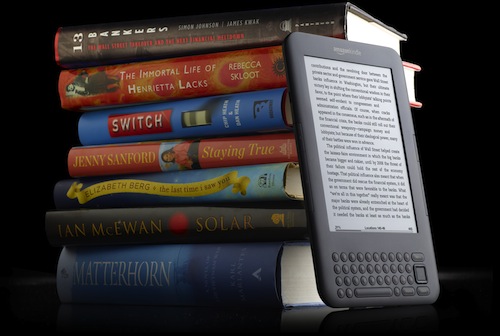 Staples, one of the world’s leading office supplies retailers, is to stock the Kindle, Amazon’s hugely successful e-reading device in more than 1,500 of its US stores, according to Reuters.

The deal, which will see the $139 version of the Kindle, the 3G model and the Kindle DX going on sale, is Amazon’s attempt at getting its e-reader in a number of different retail locations, taking a direct aim at Barnes and Noble’s Nook, which is currently on sale within its own stores but also at Best Buy.

Amazon has already reached a deal with Target to start selling the Kindle in its stores, starting back in April, helping to drive sales of the device to over 5 million units since its launch in 2007.

We know that the newest Kindle models are selling well, so well that Amazon simply can’t stock enough of them. A move into bricks and mortar stores will allow customers to interact with the device before purchase, helping to increase casual sales that were previously unavailable.

Read next: Un-Convention Hub is a "TED Talks for music"