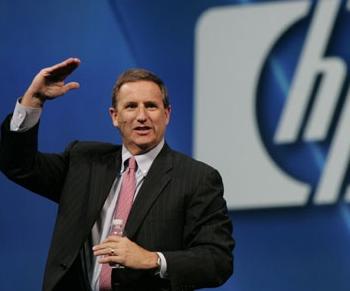 Some years are just rough, and for Mark Hurd 2010 has been catastrophic. Squeezed out of HP following an ugly sexual harassment case, the former titan is losing his gilded position on the board of News Corp as well.

How did it happen? He was not nominated for re-election, meaning that he is not being fired outright, but will be allowed to expire like a bad bill on the desk of an ambivalent governor. Whatever zenith Hurd was hoping to swing his star to, that race is over.

If you missed the genesis of the fiasco, Hurd behaved very inappropriately with a certain staffer, enough so that HP launched a private investigation into the matter. From our previous coverage:

HP CEO/President Mark Hurd has resigned following sexual harassment allegations by a former HP contractor. [..] the HP board of directors launched an independent investigation into the former CEO’s behaviour after correspondence was sent to outside legal counsel back in June 29.

Goodbye Hurd, at least you did well in some capacity when leading HP. You are hardly what News Corp. needs though, and they know it.

Read next: This Is Digg's New CEO: Matt Williams