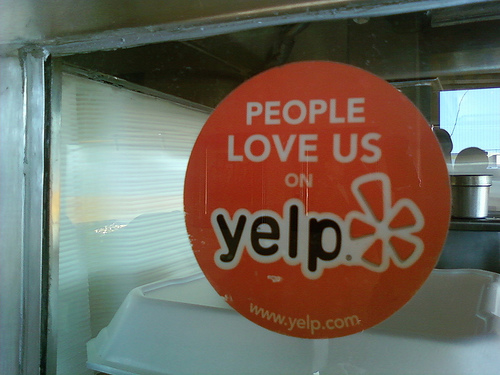 Yelp has started its foray into the deals space with two deals in San Diego, according to the Yelp Blog. We first reported exactly a month ago of rumors of Yelp testing deals in Sacremento, CA, but today’s announcement is official confirmation that Yelp is getting into the deal space.

Interestingly, Yelp has chosen to offer its first two deals at a spa and a yoga studio, instead of at resturants, which is the service’s bread and butter (pardon the pun).

The first deal is finished, but the current deal at The Little Yoga Studio is offering a 54% discount on five yoga classes, so not bad, but also, nothing groundbreaking here either.

Yelp said that it plans to expand to other US cities, and might already be offering deals in New York and San Francisco, as it said, “More to come as we continue testing deals in markets like San Francisco and New York,” which is a bit confusing – are they already testing them or will they move onto those cities next? We’ve emailed Yelp for comment. UPDATE: Yelp responded and said that right now deals are only in San Diego, “In the coming weeks you can expect to see Yelp Deals in SF and NY.”

Of course, Yelp is late to the deals game that Groupon has been dominating, and is flooded with hundreds of other deals sites, as well as deals from social location services such as Foursquare (we just covered a nice-looking deal aggregator this week if your interested). Yelp is also fighting an increasingly hard fought battle with Google Places, and of course, Facebook has also finally gotten around to location with Facebook Places, and place-based deals from Facebook are an extremely likely possibility somewhere down the road.

All of that said, as our Jacob Friedman said a month ago, Yelp is strongly positioned to enter this market with great relationships with venues, a loyal user base popular mobile apps. Time will tell if Yelp has waited too long to get into the game.

Here’s a screenshot of the yoga classes deal page: