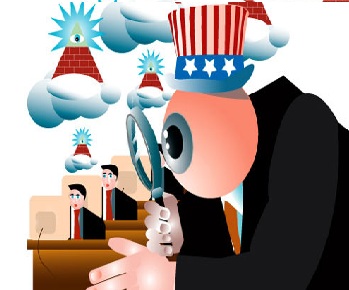 The Ninth Circuit appeals court has come out with a ruling which gives the government full permission to monitor you and attach GPS devices on your car without the need for a warrant or any sort of probable cause. Without exaggerating, this may be the biggest affront to civil liberties of the year.

The case in question is one from the Drug Enforcement Administration (DEA), where the officers put a GPS on one Juan Pineda-Moreno’s car. This was done without a warrant, despite the fact that one would have needed a signed order from a judge according to the Fourth Amendment. But when the evidence was questioned at trial, as it was obtained illegally, the DEA appealed. The Ninth Circuit agreed.

According to the ruling, GPS tracking is “not a search,” so the Fourth Amendment doesn’t apply (for those interested, they use an old case ruling based on a beeper, which shows a less than stellar understanding of technology on the part of our country’s judges). This means that the government now has the right to monitor you with surveillance technology at any time, and this is in no way illegal. For those familiar with American CCTV setups that are used for police work, the reason why those are legal is because they are in public. This ruling, however, seems to have destroyed the concept of an expectation of privacy.

The court also very foolishly ruled that sneaking into Mr. Pineda-Moreno’s driveway to plant to tracking device does not constitute trespassing as the area he used to park his car was technically not a part of his property. Chief Judge Alex Kozinski, who dissented in the ruling (he’s a conservative and he’s dissenting – he was appointed by Reagan of all people) made the very good argument that this ruling chiefly gives government more power over specifically poorer people. After all, the DEA could not have done this to a rich person as a rich person most likely would have gates around his driveway and a security system.

As you know, the Ninth Circuit is not the highest court for appeals in the US, so expect this to make its way to the Supreme Court in the very near future. Let’s just keep our fingers crossed that this appeal gets overturned. If not, this country’s legal foundations are finished.

Read next: Appsfire, the app recommendation engine, gets truly social with Facebook Connect.