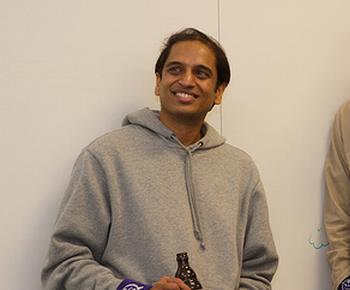 Are mean comments sometimes accurate? Everyone knows that commenting online is a blood sport, but the responses to the story covering the move from Yahoo to Skype of Madhu Yarlagadda were out of the ordinary in their meanness and vitriol. Some excerpts:

Good riddance, Yahoo should be celebrating today. Mahdu is a scumbag who also happens to be completely full of shit when it comes to engineering decisions. Skype is in for a real treat.

How can you call this bullshit a talent?

madhu being considered a “seasoned exec, especially on mobile initiatives” is too funny! don’t be fooled by his acting, he tries to come across kind and humble when really he is a snake who will stab you in the back the moment he has a chance. i watched him do it to way too many people. as for his tech experience he’s a phony but much worse he’s not a good guy.

And those are the less profane comments. I didn’t grab the hottest ones, you can read those for yourself. Today’s news that Mr. Yarlagadda is booting away from Skype before it’s planned initial public offering might show those insults to be correct.

According to the New York Times, the comments on that story “caught the attention of Skype executives who became concerned about their new hire.” Mr. Yarlagadda is supposedly leaving Skype for “personal reasons.” Sounds like someone was canned if you ask me.

Skype does not want to show weakness before their offering, but at the same time is probably more keen on not actually being weak. Tough timing to let someone go at that level, but sometimes you just have to pull the lever.

Read next: Speak to yourself in the future with HiFutureMe.