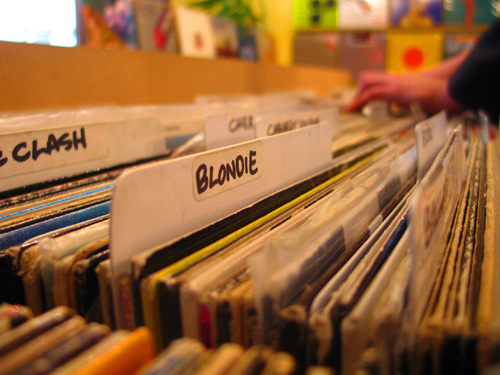 There has been a lot of talk, lately, about the death of books due to the e-reader market. While I firmly believe that book sales are going to take a staggering loss, I’m fairly certain that we’re not ready for the eulogy. The saviors of paper and ink publishing will come in two forms: the purists and the poorest. The single greatest case-in-point about purity of form comes from those who still love vinyl records. Being a bit of a music junkie myself, I’m an absolute addict to vinyl records. There’s nothing that sounds as warm or as simply pure as they do, aside from a live performance.

And I’m not alone. There has been a huge resurgence of the vinyl market over the past few years. While the overall sales of the format only account for 1% of all music sold, that’s a percentage that is growing and will not let go of their beloved “antiques”.

The same can be said for book lovers, of which I am one as well. Absolutely nothing will compare to the feeling of reading a book. In fact, that’s been one of the largest obstacles that the Kindle and its ilk have had to cross. No matter how good your page-turning animation is, it still doesn’t require you to moisten a finger or use a physical bookmark.

Though we purists might very well own a kindle, simply for the sake of the joy of reading, we’ll still buy books. We’ll buy new ones, used ones and ones that we hope to hand down for generations, because that’s simply something that you can’t do with an electronic device. For us, the joy is in ownership. I live in Nashville, TN. Though there are billion dollar businesses within a 10 minute drive of my apartment, there are people who can’t afford to eat dinner tonight who live 10 minutes the other direction. The median income for Nashville is $39,797, versus $76,963 for San Jose. The part of Nashville’s population who fall below median likely don’t have the money laying around to buy an e-reader.

Our school districts, while arguably some of the best in the country, simply can’t go telling people that they have to purchase an e-reader as books won’t be available for rent. The economic standard won’t allow for that.

I’ll even use myself as an example. Though I’d love to own a Kindle, I don’t. I probably won’t until it either gets another price reduction, or becomes a product like a men’s razor. Razors are cheap. The cartridges to use them are where the money comes from.

I will, however, continue to buy books. They’re relatively cheap, they don’t require an investment before use and they can be passed on after I’m done. While I’m not in the poorest of the poor bracket, extra money is not something I have very often.

Books aren’t dead. Plain and simple. Further, they won’t be for quite some time to come. While the smart publishing companies are figuring out ways to evolve into this next iteration, we’ll be reading words on paper for a long time to come.

So please, go buy a Kindle, or a Nook or any other e-reader of your choice. Enjoy what can come to you because of them. But as for the book? The fat lady hasn’t even begun to warm up.