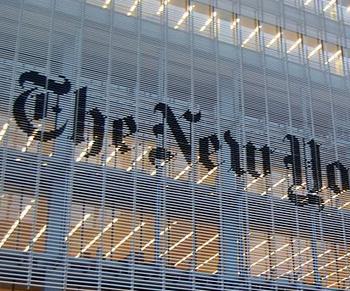 The New York Times will be instituting a paywall next year, and until now we have all been guessing what it will look like. To say that this is a watershed moment for the monetization of online content is an understatement.

PaidContent was tipped off by a reader taking a NYT survey with the following image:

This details a three tier system with two larger options from the NYT: a subscription or a day pass. It is interesting to note that this image hints towards a new NYT iPad application that we have yet to see. The current NYT application for iPad is called “Editors’ Choice” and features only a selection of NYT content. The image above outlines an application that has full access to currently restricted content. That could be a draw to the highest priced tier. The prices and tiers listed here are very likely to not be the final versions, but they are interesting to consider. Is mere online access to the Times worth $2 for a 24 hour period? Is $10 too much for web access? And finally, is the $15 a month jump too much between the two higher tiers?

To me, I would answer no, yes, and yes. $2 for a day is just fine, that is what the Times will cost you at Starbucks anyways. $10 a month for just web access could be a long term price point, but at launch the Times should try and dodge controversy and price the subscription lower. I am probably 10 times as likely to sign up for $5 a month plan to start, and then get priced up the ladder for iPad access and so forth.

This is coming in one form or another, and when it does it will be the biggest online media change that we have seen in some years. Let’s all hope that the Gray Lady gets this one right the first time.

How much will you pay?