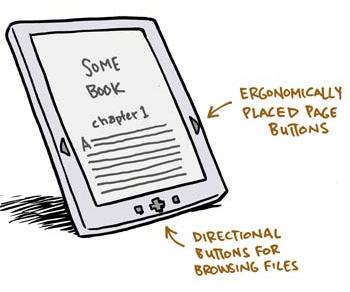 It turns out that if you fight the big boys you often get burned. The giants of the e-reading space are competing at such a high level that the market’s smaller competitors are leaving in droves.

Not that these companies don’t manufacture other products, they are just shutting down their e-reading operations. In effect, they are folding to a market squeeze. The biggest booksellers are battling against the biggest tech companies leaving precious little market gap to sell a small time reader.

So who just left? The Foxit eSlick is out the door and gone for good. It follows the Audiovox RCA Lexi e-reader, the end of iRex, and the market exit of Plastic Logic. That is an impressive release en masse.

Does this cast negative light on the e-reading market as a whole? Not in the slightest, but it does point out that the market is maturing. The established players have bested the upstarts, and with millions upon million of e-readers out there the market is large and developing.

These smaller companies could never have had the retail space that the Nook can control, the market hype around the iPad, or the combined quality and selection of the Kindle and its store. They were just out of their depth.

The real question is rapidly becoming not who will run the market, but how they will do so. More as it comes.

Read next: Pandora updates its privacy settings; encourages you to do the same.