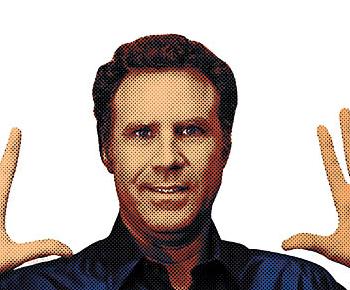 We all remember the thrill that was the launch of the Wired application for iPad. The app seemed to take serious advantage of the iPad’s capabilities, all the while delivering the lovely Wired to our couches. It was a smash success.

Then readers learned that the $5 or so that they had dropped on the application had been for a single issue. Enter consumer discomfort, stage right. Wired took those complaints in stride, beefed up the application to allow people to buy and read different issues at will, and lowered the price to $3.99 per issue.

How have sales fared? We do not have the numbers since the app first came out, but Wired seems to still be set on making the iPad version of its magazine a hit. To help sell the most recent issue of Wired, The Future That Never Happened, Wired has brought in world famous comedian Will Ferrell to create some exclusive video content.

Four shorts films were shot with Mr. Ferrell for the iPad edition. These were described by the Wired team as a natural outgrowth of their normal photo shoots that would be used for the magazine. If you have a film crew, a set, props, a theme, and time, why not shoot some actual video?

Wired has stated that this digital, video enhanced version of their magazine is not just for iPad per se, but is  desgined for the greater tablet/slate market as it develops. That alone should move a few more copies.

It is heartening to see big print teams forging ahead and breaking new ground on the iPad, let’s how they are seeing the success that they need to stay afloat.