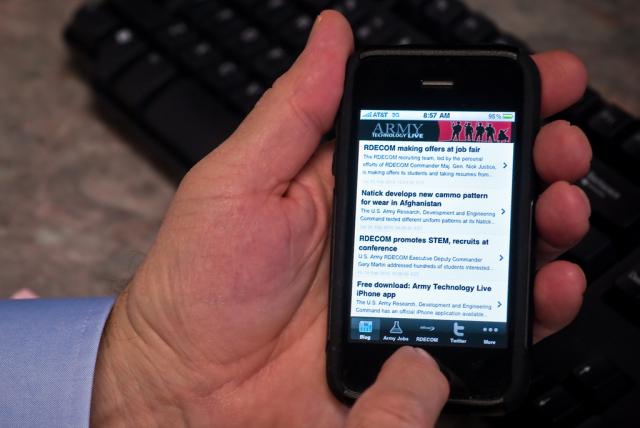 The winners were broken down into five categories, with five winners in each category, with the top winner in each getting $3000. The five winning apps were all built on either iOS and/or Android and have very militaristic/spartan names:

Our two favorites are the Movement Protection and New Recruit apps. Here’s how they’re described:

Movement Projection (Android) is a map-routing app for road navigation that allows Soldiers to input obstacles and threats — in addition to stops, start and end points — and calculates the best and fastest route.

“These 25 apps represent more than two times the number of certifiable apps we were hoping for and expecting from the program. Each application will help overcome mission-related challenges through the power of mobile and web devices. This pilot program is helping define the business processes needed to make it easier to develop applications and certify software for the Army enterprise.”

The apps will be recognized at the LandWarNet Conference in Tampa, FL in August.