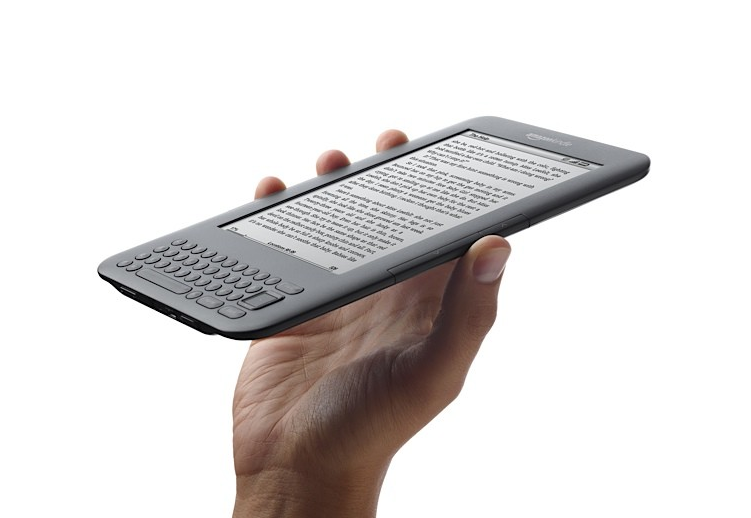 Amazon is set to release the latest incarnation of its Kindle e-reader, now known simply as The Kindle.

According to Engadget, the Kindle is 21 percent smaller and 15 percent lighter, comes in two colors; graphite and white, and also two models; $139 WiFi and $189 3G.

A localized UK version will also be released retailing at £109 and £149 for the WiFi and 3G respectively. The internal storage on the device is now 4GB, and the battery life is reportedly a month without WiFi and and 10 days with.

Speaking to the WSJ, Bezos explained:

“There are going to be 100 companies making LCD [screen] tablets,” he said. “Why would we want to be 101? I like building a purpose-built reading device. I think that is where we can make a real contribution.”

Focusing exclusively on providing a rich reading experience is a bold move but one I doubt will pay off. Thanks to the iPhone, consumers expect devices that can do a number of different things well. A”purpose built reading device” is just going to be a little too old fashioned for this generation. I hope I am proved wrong.

The Kindle will find its way to the US and UK on the 27th of August.

Read next: When The New Digg Breaks, It Does So With Class