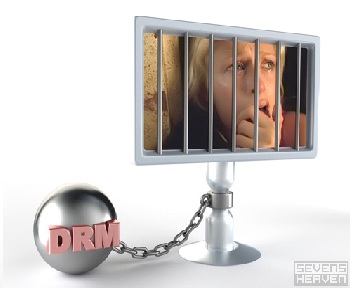 A circuit court judge has ruled that breaking DRM on a file or a piece of software can be legal if the removal is not a step towards doing something illegal.

On Friday, in a lawsuit between MGE UPS Systems, a power supply manufacturer, and General Electric (GE), Judge Garza of the New Orleans 5th circuit court threw out MGE’s claim that GE’s circumvention of its software production violated the anti-circumvention provision of the Digital Millennium Copyright Act. GE still had to pay damages for copyright infringement (you can read more about the case here), but the fact that the DMCA did not apply here is a huge upset from the status quo.

Breaking DRM has long been deemed illegal under the DMCA. The most notable precedent is the injunction ordered against RealNetworks in its attempt to sell a software which would allow users to back up their DVDs. The software, RealDVD, never came to market after lawsuits from the MPAA.

But this new reading of the law would make RealDVD legal. According to Judge Garza, “Merely bypassing a technological protection that restricts a user from viewing or using a work is insufficient to trigger the DMCA anti-circumvention provision.” Furthermore, “The DMCA prohibits only forms of access that would violate or impinge on the protections that the Copyright Act otherwise affords copyright owners.”

The decision directly implies that DRM can be stripped from digital content so long as piracy is not the intent. While software with this capability is not new, it has never been legal. Given how this conflicts with past interpretations of the DMCA, I fully expect this case to go to the Supreme Court for review.

Read next: Eventarc releases numbers - shows it's a growing force in online ticketing