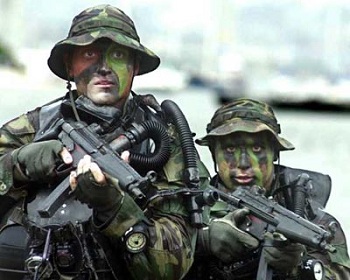 Bob Kerrey, former Senator from Nebraska and former SEAL, is going to take over for Dick Glickman as chairman and CEO of the Motion Picture Association of America (MPAA), a lobbyist group that represents the biggest studios in Hollywood, including Paramount, Sony, and Warner Bros.

A little about Mr. Kerrey: he received the Medal of Honor for his service in the Vietnam War. He lost part of his foot to grenade shrapnel while fighting against the Vietcong. Mr. Kerrey also ran for President of the United States in 1992, losing the Democratic primary to Bill Clinton after it came to light that Mr. Kerrey did not provide health care for many of the workers at his various business, despite the fact that he campaigned on a platform of universal healthcare.

The MPAA is enlisting Kerrey to help combat dwindling DVD sales and online piracy. While anyone certainly has the right to take legal action when their works are stolen, it seems silly to blame the decline of movie sales on piracy amidst the rise of streaming services like Netflix, which had a very impressive fourth quarter.

The new plan of attack for the MPAA and other Big Content lobbyist groups is to enlist ISPs in a termination policy. Unless Kerrey wants to entirely revamp the current plan, the MPAA will try to pressure ISPs to serve notice to customers suspected of copyright infringement. If infringement persists, the MPAA is hoping for a service interruption such as suspension or termination.

Read next: Get ready to love the "Like" even more.