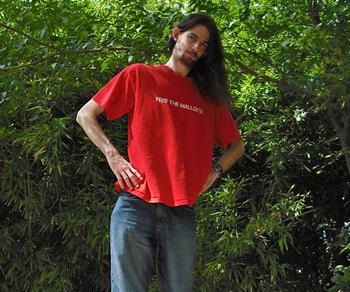 If you’ve been around the Internet for any length of time, you’ve likely heard about San Antonio-based Rackspace. The company has a pretty lengthy history of not only hosting but also doing some good (such as the Building 43 project) for the community of the Internet at large.

The most recent announcement, however, will be doing more than good. In fact, you could say that Rackspace is throwing down a challenge to the entire industry of cloud hosting.

Today, Rackspace introduces what they are calling OpenStack: an entirely open-source cloud platform, licensed under Apache 2. The same code that has powered Rackspace’s Cloud Files and Cloud Servers program is now going out to the world.

I had a chance to sit down and pick the brain of Mark Collier, Rackspace’s VP of Business Development and he gave a lot of great insight into not only this move, but Rackspace as an organization.

First off, let’s put the OpenStack project into perspective.  NASA had a problem.  The organization needed on-demand increases for storage and processing power.  In answer to that problem, NASA built Nebula, an infrastructure cloud platform that was built to meet the needs specific to NASA.

As Nebula grew, however, NASA realized that there were parts that were going to have to be custom built, as there was simply no service available to meet their needs.  This is where Rackspace comes into the picture.  Rackspace and NASA have combined the best of both of their technologies to provide OpenStack, thus solving each other’s problems. What I found most interesting in my conversation with Collier was Rackspace’s commitment to the foundation of cloud computing as a whole.  While Rackspace of course has its eye on a bottom line, what Collier stressed time and again was the potential benefit that the industry as a whole could see from a singular, open-source platform for cloud services.

Rackspace understands, though, that this benefit doesn’t come easily.  In order for the industry as a whole to shift toward an open platform for cloud, a large measure of trust is going to have to be built.  This is another side benefit of the association with NASA, the organization that is the world’s greatest collector of data.

As Collier and I discussed, the issue with the cloud comes down to the fact that it still is reliant on infrastructure.  At present, if you’ve built a service on one company’s cloud solution, you’re not easily able to pull pieces from another.  OpenStack’s eventual goal of an open standard looks to solve this.

However, Rackspace understands that these are not problems that can be solved alone.  In view of that, the company is reaching out to the developer community and to other cloud providers in hopes of coming to a better understanding of what is needed and what can be done to provide it.

Thus far, OpenStack has a couple of huge supporters behind it: Citrix and Dell.

Peter Levine, of Citrix Systems, seems to be thoroughly impressed by OpenStack.

“OpenStack provides a solid foundation for promoting the emergence of cloud standards and interoperability. As a longtime technology partner with Rackspace, Citrix will collaborate closely with the community to provide full support for the XenServer platform and our other cloud-enabling products.”

Forrest Narrod, VP of Server Platforms for Dell seems to echo the sentiment.

“We believe in offering customers choice in cloud computing that helps them improve efficiency. OpenStack on Dell is a great option to create open source enterprise cloud solutions.”

Nobody is fool enough to believe that what lies ahead will be any easy task. Collier, in fact, seems to look forward to the challenges and what products will come out of OpenStack.

A business having the ability to easily deploy its own cloud servers is unprecedented.  The flexibility that comes from having an open-source platform, with a company the size of Rackspace leading the charge, should open doors that until now have been firmly bolted shut.

What will truly make the difference, however, is having other cloud providers put OpenStack into use. If the standard does indeed become open, then the entire world of cloud computing as we know it will be changed, and likely for the better.

[Personal note: I want to take a moment to thank Robert Scoble and Mark Collier for filling us in on the details of the OpenStack project.  I’m hugely excited about it, and it’s been a real pleasure to get a peek inside of the Rackspace community.]

Read next: Jordanian Student Sentenced to Jail for 2 Years Over IM