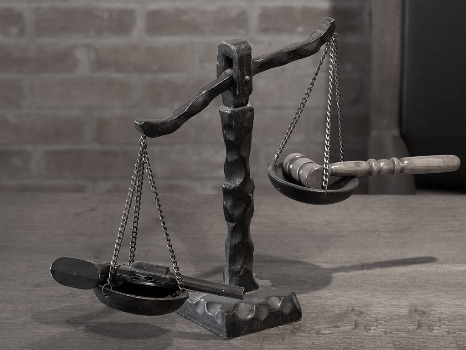 The past day has brought about a subject that, frankly, many of us didn’t know we cared about. In fact, I’d venture to say that many still aren’t aware why GPL makes any difference in our daily life.

The heart of this matter stems from a debate between Matt Mullenweg of WordPress and Chris Pearson of DIY Themes. I’ll spare you the details here, but I encourage you to read our article for some back story.  In short, Mullenweg disagrees with Pearson’s use of a license other than GPL for his Thesis theme.

The longer version, however, brings about a much deeper conversation.  In what could be a landmark case, Mullenweg has stated that it is possible that he will take Pearson to court over the issue.

So Why Do We Care?

We care not only because WordPress powers over 3 million self-hosted blogs, but also because GPL covers so much of the software that we use on a daily basis:

The rights of those who build on these platforms are protected under the GPL.  That is to say that their intellectual property is protected, and so is their right to profit from that work.  While some have claimed issue with the GPL for being too wide-reaching, the overall consensus of the software world is positive.

What It Means To You. If this case reaches courts, and chances are that it would, the sanctity of a big part of the free software movement could finally have a chance to be upheld by law.  As it stands, the majority of licensing issues concerning the GPL are settled far away from courtrooms, and that has worked fine.  But “every dog has its day” comes to mind as we are sitting on the verge of seeing these standards ruled over in a court of law.

If Mullenweg’s accusations are proven, then the GPL is upheld.  However, if Pearson were to come out the winner of the case, then the GPL wouldn’t have legal grounds on which to stand.  From that point forward, anyone who built software under the GPL would lose the protection that they are afforded at this time.

Licensing and legalities as a whole would change.  Projects such as Mozilla could likely be no more, if there was not suitable licensing for it to work under.  Nobody wants their work stolen, nobody wants it copied outside of specific rules.  Software developers have a right to the protection of their property, and the GPL affords that. One of Pearson’s main arguments stemmed from his stance on profits.  He claimed numerous times during his conversation with Mullenweg that his profits would be harmed if he chose to license under the GPL.  However, there are a number of projects that the GPL covers that are profiting quite well.

John Saddington, editor of the 8bit network and the lead behind the Standard Theme project, is a perfect case in point.  In fact, he has written on this same subject, voicing his support for Mullenweg and the WordPress project as a whole.

“WordPress is powered by the community and without it WordPress wouldn’t be nearly as awesome as it is today.

But, it’s all enabled by the founder’s choice to use GPL as its base and by disrespecting GPL you disrespect others, their work, and the community that supports and uses it day-in and day-out.

Once you understand the symbiotic relationship between GPL and the community you realize and understand something very human: Dependence on others and the value that collaboration brings.”

Bear in mind that the Standard Theme project is a profitable business that relies wholly on the success of WordPress.  Saddington makes no bones about his support for WordPress, or for the choice of the GPL as its licensing body.

Saddington is far from alone in this regard.  Many “premium” themes are available across a wide array of sites including WooThemes and ThemeJam, two of the most well known.  All of the themes on these sites fall under the GPL, and all of them manage to still turn a profit.

In short, the waiting game.  We will have to wait and see what Mullenweg decides to do, as the ball certainly seems to be in his court at the moment.  After talking with numerous people today, and reading through the mounting number of comments on our original post, the majority seems to be in favor of Mullenweg’s case.

Beyond the morality issues, and “good of the people” questions, there are legalities that have been raised.  One looming opinion is somewhat surprising.  A number of different people I’ve talked to, including my Twitter friend Joe Manna , seem to be of the mindset that perhaps it’s time to give the GPL its day in court.

Perhaps that not-so-silent majority is right.  Maybe we’ve reached the point where, in order to move forward, we need a precedent to be set.  Is this the case that will do it?  According to my Magic 8-Ball, “signs point to yes”.

Read next: Android In Your Range Rover Sport? No Problem. [Video]