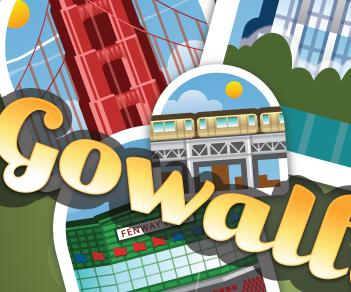 In the four months since SXSW – the battlefield for the “location wars” – Foursquare has  passed the 2 million user mark while Gowalla is somewhere in the neighborhood of 340,000, and the gap continues to widen.

Part of Foursquare’s success has been partnering with Bravo TV, the History Channel, and the Huffington Post – along with many others.  Gowalla counts the National Geographic, USA Today and LIVESTRONG among its partners. Also, Gowalla is available in a larger format for the iPad, takes advantage of the iPhone’s Retina Display, and is available for Android and webOS too.

That level of distribution means that they have the same potential user base as Foursquare. However all of this doesn’t seem to be helping Gowalla grow, which is its number one concern.

That said, Gowalla has also done a better job at working special offers into their application.  While Foursquare has had the vague “special offers nearby” interaction until recently, Gowalla has partnered with Apple, Eye-Fi and the New Jersey Nets to give away iPods, Eye-Fi memory cards, and tickets with a VIP experience for those users who checked in and found an item.  Check in to a location, pick up an item and win a tangible prize;  it doesn’t get much simpler that than.  Yet Foursquare still has built up a mammoth lead.

One area where Gowalla could quickly improve is location verification.  Or more precisely, solve its zealous over verification.  Gowalla is a stickler for check-ins at the proper physical location.  More than a few blocks away and Gowalla won’t allow it.

While Foursquare has largely embraced “cheating” to some extent, looking at users habits and frequent locations to determine legitimacy, Gowalla has frowned on this behavior.  While both applications can run on Wi-Fi devices like the iPod Touch, only Foursquare lets people on Wi-Fi participate as equals.  To get the most out of Gowalla you need a mobile Internet connection or constant access to Wi-Fi.

Because of its dependence on game mechanics to spur use, without a number of different places to visit, Gowalla can become uninteresting quickly.  Foursquare users benefit from visiting a location often enough because they can become the Mayor.  Obviously Foursquare doesn’t want people to check in all over town from one place and claim all the nearby Mayorships, but Gowalla should be encouraging people to check in, drop and find new items, and play the game more than they are now.

Although it’s still early and all of the players in the location war haven’t fully revealed themselves yet, Gowalla needs to quickly pick up more users, or it could find itself as simply a niche service where users collect digital souvenirs, despite having a competitve product that brings a higher level of fun to the monotonous task of checking in.