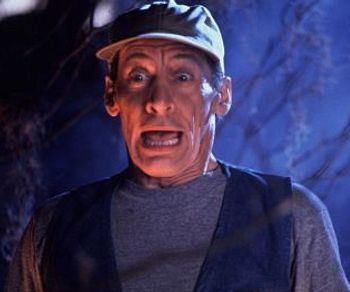 Blizzard has backpedaled on their controversial policy to remove anonymity from forum trolls.

In a statement issued over the forums themselves, Blizzard CEO Mike Morhaime (or as he will be known after this move, Nethaera) addressed the policy. Citing negative feedback to the company’s plans, Morhaime said that “We’ve been constantly monitoring the feedback you’ve given us, as well as internally discussing your concerns about the use of real names on our forums. As a result of those discussions, we’ve decided at this time that real names will not be required for posting on official Blizzard forums.”

Many had hailed the move as a bold step to cut down on the pervasive trolling present in many online forums and communities. The move, which many had hailed as a new way to cut one of the legs out of John Gabriel’s Greater Internet Theory, was not without its critics, though.

While many users did appreciate the site’s attempt to crack down on spammers, almost every single user immediately saw the privacy concerns associated with such a move. One user summed up the debate quite eloquently by saying “Wow.  Even as someone who hates the fact that these forums are a joke and overrun with trolls and morons… I can’t stress enough how terrible a solution this is.  I don’t want my real name out there. I’m sure that many people who are not trolls and just want to have civil conversation will also not want their real name out there. This will effectively turn these forums into a complete ghost town. Blizzard, what is wrong with you guys lately? It’s good you FINALLY realized how bad your current setup was, but seriously… this is an idiotic move.”

Well put, anonymous user. Under Blizzard’s plan, it would be incredibly easy for anyone who didn’t have a very common name to become the victim of facebook stalking.

Indeed, this is just one more instance in the long line of technology companies dealing with privacy scandals. First, Facebook took a hit just a few months ago. Next, Apple found themselves in hot water over last week’s App Store scams. Now, Blizzard’s been forced to backpedal on their RealID policy.

In recent times, these scandals have become all too common among technology firms. To Blizzard’s credit, however, they reversed this potentially compromising policy quickly and with a minimum of fuss. They responded to their users’ complaints and rectified the situation. That’s more than we can say about companies like Apple.

Thanks to CTRL-ALT-DEL for the picture.

Read next: The Truth About AT&T