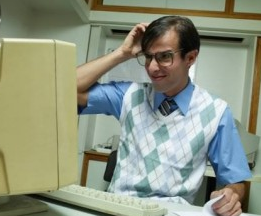 Yesterday we brought you the news that Borders’ new e-bookstore was open for business and that the company has stated intentions to control 17% of the e-book market by next July. In just one year the company plans to turn in their neophyte card for market leader credentials.

Border is a massive weight in the print world, controlling some 10% of books sold in the United States. How well the company can translate its offline success to the digital world remains to be seen, but the company has large plans to do just that. Borders is refusing to go quietly into the night, and is dead-set on making out well in the world of electronic ink.

To grow to own one-sixth of the e-book market in the next 12 months, Borders intends to sample from and employ the following methods to attract new customers, reward recurring readers, and to chase its rivals who have been in the market longer than itself.

Borders sees the writing on the wall: e-books are no longer an idea for where the market is headed, instead they are now a medium unto themselves. Evidence that e-books have left their market childhood is evidenced by the fact that popular author James Patterson has now sold over one million electronic books.

The current war over the future of reading will not have a victor this year, or the next, but it will have market leaders.  Borders wants to catch and beat Amazon at their own game, and seem to have the tools to do so. We will  continue to watch the space carefully, more as it comes.

Read next: People Who Eat Here Should Forfeit Their Health Coverage