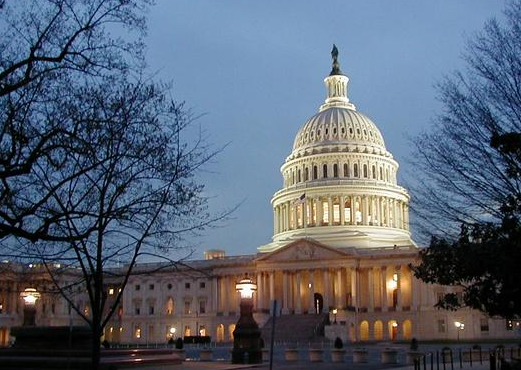 I promise you, no matter how many times you read that headline, it won’t change.

According to some research done by Stuff.co.nz, the United States Internet-loving public could find themselves being the next North Korea if Senator Joe Lieberman has his way.  Under the legislation, the Internet is to be viewed as a US “national asset”, and therefore would be able to be controlled by the government.

Of course, this control would fall under the umbrella of Homeland Security, and therefore the Internet access for the United States could be turned off at any time if an emergency situation was declared.  Known as the “Protecting Cyberspace as a National Asset Act”, the legislation would cause all US-based Internet service providers to “immediately comply with any emergency measure or action developed”.

So here’s our perspective:

While we agree that National Security is a great concern, it seems that Senator Lieberman is slightly off his rocker.  What he’s proposing is legislation that would have wide-ranging destruction on the Internet as a whole.  What Senator Lieberman fails to realize, though we’re certain he’s been told, is that the United States is a primary block of the Internet as a whole.  When you take the US off the grid (so to speak), you cripple it and the rest of the world as well.

Could the Internet run if the United States were to go dark tomorrow?  Of course it could.  Would it be as swift and effective?  Not in the slightest.  There is a much deeper issue at hand, that Senator Lieberman’s short-sighted claims fail to take into consideration.  The Internet is, to coin an old phrase, a web.  When you take a large chunk out of that web, you’re essentially compromising the architecture upon which it is built.  Want the rest of the world to see you as a problem?  Threaten to take your toys and go home.

The counterpoint to this is, albeit weak, at least well-intentioned.  Sen. Lieberman goes on to say that the Internet can be a “dangerous place with electronic pipelines that run directly into everything from our personal bank accounts to key infrastructure to government and industrial secrets”.  To that end, he is indeed correct.  But if the US government feels like reaching its hands any deeper into the regulation of the Internet as a whole (because let’s not fool ourselves; taking the US offline causes havoc to the whole), it needs to do so in specific areas under which it already has jurisdiction.

Not comfortable with the level of security for our banks and government ?  Then propose legislation that is directed at that security.  To simply pull us offline, you’re taking us back 20 years in a matter of seconds.  If and/or when the United States is faced with a “cyber 9/11“, communication between us and the rest of the world will be imperative in order to stifle havoc instead of causing it.

As is often the case, when legislation such as this is brought to the table, it is done so by people who simply do not understand the weight of their ideas.  This case is no exception.  It is simple human nature to try to control that which we can’t understand.  With that in mind, Sen. Lieberman’s actions make perfect sense.  However, it is imperative that the US Internet community as whole voices its opinion in this case and backs up those opinions with hard facts.

Update: Sen. Lieberman took some time on CNN, in an interview today, to answer questions about the proposed legislation.  In his explanation, he states that his ideas are not wide reaching and in fact would only apply to specified ISP’s.  However, again, Lieberman has completely misunderstood the structure of the Internet as a whole.

Take a look at the video, and let’s hear your opinions on this matter.

Read next: Check Out The New Digg Before You Can Use It