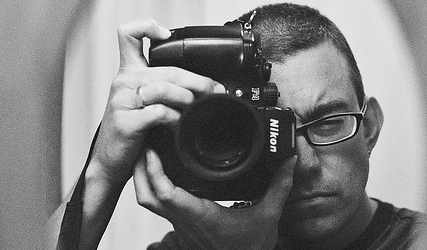 We can now see how powerful the iPad hype cloud has become: it killed the Kindle this morning and no one even noticed. A story summarizing several analyst points came to the conclusion that the iPad was on the “Cusp Of Crushing [the] Amazon Kindle Platform.” Oh, really?

As a far too proud iPad owner who reads on the device and has never owned a Kindle, I think I have a fair enough perspective on the topic. If you disagree, I am sure that you will let me know in the comments. Getting to work, why is the iPad about to so eviscerate the very popular, long living, and well stocked Kindle platform? Because of the following, so they say:

Analyst: “Kindle currently enjoys a price and selection advantage over the iBook platform,” though he warns, “it’s hard to see why the gap won’t narrow over time.”

SAI: “If iBooks is almost as good as Kindle today on price and selection, imagine where it will be in a year.”

We can start with that, and then take apart the rest afterward. The analyst notes, in fair language, that the Kindle has an advantage in the two areas that matter: price and selection. You might think that that would be a point in Amazon’s favor, but instead SAI spun it as “well, Apple is not as good, but in a year they probably will be closer.” That assumes that Amazon sits still, does nothing, and lets Apple race past them. Not likely. Amazon has made huge bets on the Kindle lineup, understands Apple’s incursion into their market, and is going to fight tooth and nail to keep their dominance.

After all, haven’t more Kindles been sold than iPads? According to SAI:

Further, in a year, there will be more iPads (not to mention all the iPhones and iPod touches with iBooks) in the market than Kindles. Every time an iPad owner opens the App Store for the first time, Apple suggests downloading iBooks. Thus, iBooks will become the de facto eBook application for iPad owners.

This is nearly nonsensical, at least when you try and connect it to their headline that Amazon is in massive trouble now. Yes, they note, more Kindles have been sold, but over time Apple will likely pass them in units sold. Fair enough, but we are comparing apples (get it?) and oranges. The Kindle is  a dedicated reading device. All it does is read. People buy it to read. People (the vast majority) do not buy iPads to be e-readers. It’s all about the browser, remember?

The second bit is even better. Apple made iBooks, and thus wants you to download it. Therefore, among iPad owners it will be the most popular application for downloading books! Maybe, we’ll have to see about that. Remember from before that Kindle has better prices and a larger selection? Consumers aren’t stupid, they know that. When the fire up iBooks and it does not have the book they want, know where they are going to go? Where the books, low prices, and brand name is: Kindle. Yes, of course you knew it already, but Kindle is on the iPad. Therefore, not only does Apple have to sell a device, it has to then beat Kindle out for the e-book download, and then convince people to stay on iBooks and pay more for less.

All that and it will take at least a year (according to SAI) for Apple to match the raw sales numbers (which we have sown to be scurvy indicators) of the Kindle. Apple on the cusp of crushing the Kindle? Not likely. Apple may help to shake up and grow the market, but Amazon will come out with a new Kindle that will close the perceived hardware gap. In the mean time Amazon has every other advantage possible. To think or assert otherwise is to drink the Cupertino Kool-Aide.

Read next: Hey Look, It's An iPhone