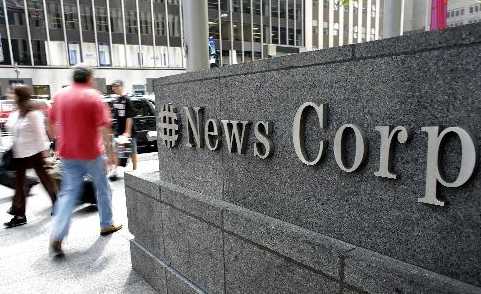 News Corp, which among other properties owns Fox News, The Wall Street Journal and MySpace, just announced that they have bought an e-reader software company called Skiff  “to deliver premium journalism to tablets, smartphones, e- readers and netbooks”. News Corp also made an investment in Journalism Online, which promotes well, “premium” journalism online.

So in one fell swoop, News Corp just announced to the world that it is going to take on the Kindle, iBooks and all feed reader apps out there. There is no other way to look at this.

News Corp’s Chief Digital Officer Jon Miller said in the press release, “Both Skiff and Journalism Online serve as key building blocks in our strategy to transform the publishing industry and ensure consumers will have continued access to the highest quality journalism.” Yeah, and to build a Wall Street Journal app.

An interesting though also here, is the “premium” journalism part. Is this just to support the WSJ subscription service or is this also a sideways attack on blogging as well? What’s a “premium” journalist anyway? Maybe Skiff offers HTML in gold e-reader ink?

Skiff according to the release, “specializes in delivering visually appealing layouts for newspaper and magazine content. With the capability to deliver high-resolution graphics, rich typography and dynamic updates, this unique platform has the ability to retain engaging design elements that consumers enjoy while allowing publications to maintain brand identity and differentiation.” Ok, so no gold ink. But what they are saying is that we’re going to keep our content within the News Corp pay wall and we’re going to build attractive (paid) apps to make sure that you don’t go anywhere else to get our content.

A conglomerate looking for a Pad of its own

Now, if this was a single media entity, we could reasonably stop at them wanting to build a custom killer app for their publication, but News Corp is a media conglomerate (update: as our commenter below notes, News Corp owns HarperCollins) and we could certainly see them getting into the lucrative ebook market. They now have the technology to not only come out with solid book reader, but also the connections and clout to bring in other publishers as well as a hardware partner to build a reader (though they’ll most likely go down the software-only path, this is still a possibility).

Another interesting possibility is with video content. With MySpace, Hulu, 20th Century Fox, Fox, and Fox News, News Corp has tremendous video content that could possibly be transitioned to a tablet through custom apps the could conceivably build with relative ease. So basically, News Corp – as long as they could find a hardware partner – could build a stand alone media device that delivered you the Wall Street Journal, MySpace and all of their video content, plus ebooks. Add some other content – say games – and if the price is right, that could be an attractive base package for a tablet.

We know Rupert Murdoch would carry one around.

Read next: Spirit Developer Brings Flash To The iPhone