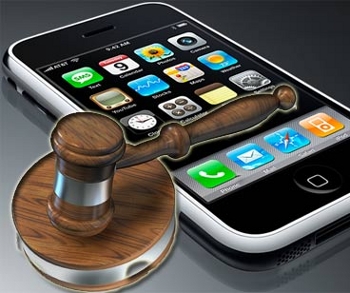 Twitter pulled a Twitter today and went down, as you well know, and thus took the blogging world crashing along with it. It is no small secret that in regards to online content dissemination (which is not a dirty word, I promise), Twitter is quickly becoming the de facto solution.

Not that RSS, Facebook, and the like do not share some part in any publication’s overall strategy for the promotion of recent posts, but the most pugnaciously powerful percolator is quickly becoming Twitter, most especially in the technology world. If you already knew this, you are probably in the writing game.

There is an interesting distinction, however, that needs to be drawn between websites that are largely of the blog format, and those that are largely not. Of course, there is an enormous gray area, the HuffingtonPost for example living in it, but the dichotomy is accurate enough here for our larger point. If your publication covers a specific niche, and quickly follows a breaking new cycle,  Twitter is the only tool to quickly amass readers to a story that has literally just been born. That and the carrier pigeon, if you must.

The difference, returning to our largely non-blog publication, is that their audience is slightly less episodic, and in terms of the news cycle, constantly behind in the editorial aspect of their work. The websites of newspapers, and to a higher degree their print publications, fit this mold well. Their audience is loyal to a specific brand of news (the WSJ, the NYTimes, and so forth), and do not mind even a 12 hour lag from occurrence to story for their reading. This sort of publication has a stock audience that will read a certain number of articles a week regardless of their content. They are not looking to read something specific; they want to read the ‘news,’ and thus have but a small drive to go and find it themselves.

And so for the publications that are more blog-esque (this is most of the websites you read, I assume), traffic is episodic and occurrence based, and therefore lean heavily on an announcement medium that is single-action oriented, and contains the ability to expand via sharing (the vulgar ‘viral’ expansion), and reach a large enough group of people to make the time gain (between the fast story happening now, and the slower story the next day from the non-blog) to the reader worth the extra effort of going out and reading the story now, as opposed to having it spoon fed to them the next day by the USA Today, or what have you.

And when Twitter goes down the whole equation breaks in two. Blogs and the genre of publication that requires audience now for stories that are happening now and thus are somewhat lost at sea. Don’t believe me? Take a look at this:

Content that was published at an off peak moment did not hit its stride, and MG was not content with the traffic levels that it had attracted via other channels, so he tweeted it again. Put more simply, late nights when the US is asleep are terrible times for tweeting tech tidbits, almost equivalent to Twitter being down, and given that RSS and Facebook (plus the long tail, etc), did not bring enough people into the story’s room to pass muster; Twitter was required.

The good news is that Twitter is growing like weed on steroids strapped to a rocket ship (pick your analogy), thus growing the best tool that blogging has. And of course, if it was not inferred, Twitter is the launch point for content, not always its end point. Tweets with links get read and posted to Facebook all day long, but in the blogging world that all starts with Twitter these days.

As I think back to blogging before Twitter, I remember not feeling like anything was lacking, except for the traffic numbers I was looking for. Now, provided that Twitter is up, I have nothing to complain about. Call it symbiotic or parasitic, but Twitter and blogging are stuck together, and that is not going to change any time soon.

Read next: Do You Need Anti-Malware Software For Your Android Phone? Norton Thinks So