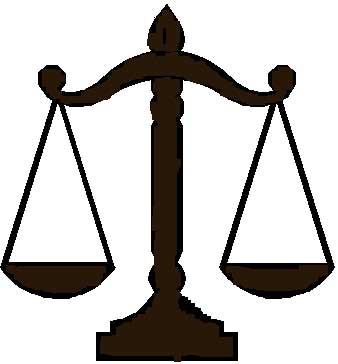 It is no secret at all that the iPad is storming the fields taking seemingly every credit card hostage for a major charge. It is also by now nearly gospel that every major old-media publication is racing to the iPad to find some sort of salvation.

Apps on the iPad are supposed to be some form of hot ticket, something that we will get to in a moment, but for now our thesis is just this: the iPad encourages consumption in a way that radically changes the digital equation and future of content.

I was an iPad skeptic from even before it became a real product. On its launch day I was especially supportive, writing an article entitled: “I Call It The iLetdown – Why The iPad Missed The Mark And Blew Its Big Day.” I now, after some time with my iPad, recognize the important place of not only the iPad itself, but more broadly its form factor in the future of content consumption. It will change the way content is produced, the average amount that a user wishes to view, and how it will be delivered.

The iPad is more than an evolution on previous computing schemes, it adds an element of direct contact yielding personal interaction that changes the way a website feels. Touchscreens are of course not new, and on iPhones they have been an upgrade to the smartphone experience. But the iPad (and any comparable device in size, heft, speed, and simplicity) combines the best of modern technology and past experience into a package the render the internet new again. It becomes  a fully new experience that is unlike any browsing that has been made massively available before. The touchscreen, screen size, speedy load times, make browsing something enjoyable. Not something to get done, but something to be done.

The direct effect of this level of interactivity I am postulating anecdotally, which creates a real relationship between content and viewer, is a dramatic uptick in total content intake. Hand an iPad to any friend of yours, and watch their eyes gloss as they begin to read without pause or stop. I am not discussing iBooks, that is merely an e-book solution that will attract the same niche audience that the Kindle used to have the corner on. No, people will read online articles by the fist-full on the device in time blocks that do not cause eye-strain (the iPad’s backlight screen is not amazing for hours of viewing if you are not accustomed to it), but still represent a serious commitment to the publications in question.

And this is where the group of publications that have their past in print, and one foot online, can possibly find a positive future in a world with relatively paltry ad rates: more total pageviews. The iPad when it races past 10 million units (this holiday season should provide it that opportunity), and other devices hit the market, they will become a strong generator of global page loads, and therefore ad loads. These readers will run up digital tabs that far exceed what they did before on their normal computers, providing more total monetization opportunities for the companies that need it the most: large, high-overhead operations that are struggling to adapt to the new realities of content.

Are Applications The Way To Cash In On This?

A short word on apps, and a warning against them as a solution. The iPhone is a broken little device, as it has to be to, due to its small screen. Reading on the iPhone is not pleasant, and it never can be. Apps make it simpler to read (and of course, watch, etc), by cutting the fat from websites and packaging it into a simpler-to-consume box. The iPad does not share the original problem, and so the need for apps is greatly diminished. Unless you are planning to take the Wired method by building something beautiful and wondrous, the best approach is to build a compliant website and then monetize it as you may.

Now this is not necessarily advertisements. As the iPad renders readers more loyal by their new found intrinsic desire to consume more, subscriptions may become a viable online model for someone other than the Wall Street Journal. At a minimum, more iPads means more people spending more time reading, consuming, and commenting. It’s a wonderful mix for publishers desperate to bring in more ad dollars.

It is under open question as to whether the iPad will be the resurrection of the RSS feed as a vitally important component of how content is distributed. I sincerely do not think so. RSS is an effective way to move massive amounts of text simply and with little guff, but the slate computer model allows for full websites to be (as we have discussed) to be shown and used without the need for any stripping down.

How Does This Manifest Itself?

People with iPads will tend to consume more, more often. To hunt and woo these readers a version of your website that is specifically designed to capture the slate interface will be a boon to your site in the future.

Slate computing is much more than the iPad (or will be, once others come out), allowing for this revolution to expand as does the product segment. Slate computing is the best vision that we have for the future of content delivery. Get on board, the ride ahead looks smooth and profitable.

Read next: Apple and Foursquare lead Japan's craze for US tech