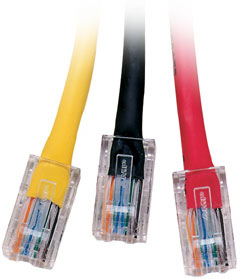 A report released by the FCC from a survey of 3,005 adults in the US found that 80% of respondents didn’t know how fast their broadband Internet connection to their home was.

The survey found that no demographic group had good awareness of their home broadband speed (the survey asked specifically about download speed). But there were some demographic differences. For example, 71 percent of men do not know what speed they’re getting, while the figure is 90 percent for women. With respect to age, 73 percent of those between the ages of 18 and 29 do not know their home broadband speed, while the number goes up to 88 percent of people age 65 and over.

Part of the problem, in our view, is that connection speeds are probably just too technical for most people. Seriously, ask the average person what 100Mpbs means. Even the Wikipedia entry for “Broadband Internet Access” is crazily complicated. If there was an easy scale of say 1-10 that had clear examples of what you should expect at each level, and then carriers sold it that way, then people would probably have a much better understanding of what their speeds were at home.

The survey is part of a larger initiative by the FCC and other federal government agencies to measure the actual speeds that consumers are receiving at home compared to what providers such as AT&T, Verizon and Comcast advertise. The FCC is asking starting today for 10,000 volunteers to:

…participate in a scientific study to measure home broadband speed in the U.S. Specialized hardware will be installed in the homes of volunteers to measure the performance of all the country’s major Internet service providers across geographic regions and service tiers…

The FCC is also asking the public for input on how to measure mobile broadband speeds and suggestions how that information can be used to improve service.

Read next: Dyson fans are fun!