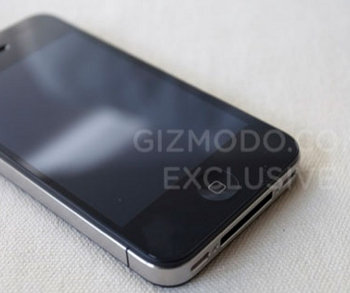 CNET has a copy (update: full copy of warrant now embedded below) of the San Mateo County detective’s affidavit for the search warrant used in the raid on Gizmodo’s Jason Chen.

One interesting piece of tech news from the affidavit is that the reporting officer says: “At the time the phone was lost, it possessed a case that was intended to make it look like an Apple iPhone 3Gs.”

Here are some highlights/lowlights (depending on your view) from the released affidavit (which since Chen and his coalition wanted opened to the public we’re comfortable discussing):

Felonies listed that may have been committed according to the report are:

So basically according to this affidavit, Steve Jobs himself asked Gizmodo for the phone back and Gizmodo responded that they would give it back if they got a letter stating that it was indeed owned by Apple. Apple refused and Gizmodo didn’t give it back. Then Apple asked the San Mateo DA to get a search warrant of Jason Chen’s home, which is what the affidavit is for, which of course, the judge granted and Chen’s home was raided.

Chen/Gizmodo received the support of a number of major publications in California who are arguing that Chen is a journalist and should be protected under the same laws as say the LA Times. This morning, the same judge in the case ordered that the affidavit and warrant be unsealed and available to the public by 2pm PST (basically because all of the people involved already had their identities revealed to the public).

Embedded here is the full warrant:

Read our previous coverage of the raid on Jason Chen’s home, and the confirmation that Apple asked for the raid to be carried out. Also, in related news, our Jacob Friedman believes that Apple should be slapped with an anti-trust suit.