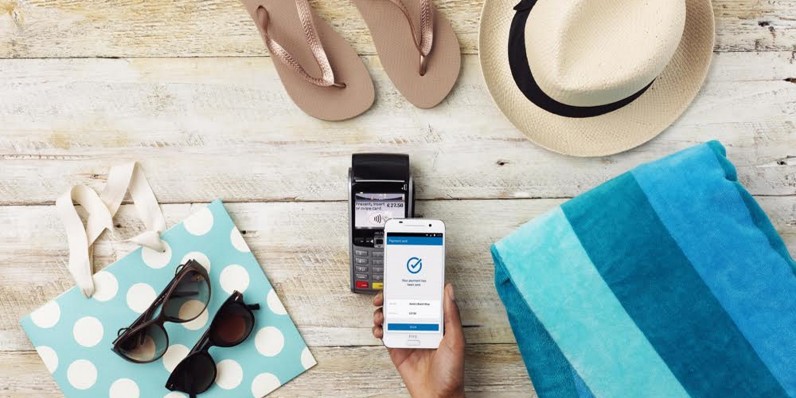 Barclays announced today that customers in the UK with a debit or credit card issued by the bank will be able to make contactless payments with just their phone.

Perhaps with the most uninspiring name possible, the ‘Contactless Mobile’ option is being integrated into Barclay’s existing Android banking app and the move makes it the first UK bank to offer NFC payment for both credit and debit cards. The company says it’ll work at more than 400,000 in-store locations from launch and sees it as an extension of the Barclaycard-only option it previously offered.

Like other contactless payments, transactions of up to £30 can be processed with nothing but a tap, but ‘Contactless Mobile’ also allows for NFC payments of between £30 and £100 if you also enter your PIN and tap again.

As the feature is a part of the main Barclays banking app, set-up should be straightforward and your eligible cards and accounts should automatically appear once the option rolls out to everyone in June.

Barclays has a history of ‘going its own way’ for its mobile banking ambitions – it was one of the last major bank to add support for Apple Pay when it launched in the UK, taking more than a year to do so.

It looks like it’ll be a similar case for Android Pay too as it has no plans to support the feature at launch. “At this stage Barclays and Barclaycard are not planning on participating in Android Pay in the UK,” a spokesperson told TNW.

With no date set for Android Pay rollout in the UK, it looks like Barclays could beat Google to the punch on Android here, but for how long is up for debate.

Read next: You can run Windows 7 on a smartwatch, but you better have time on your hands