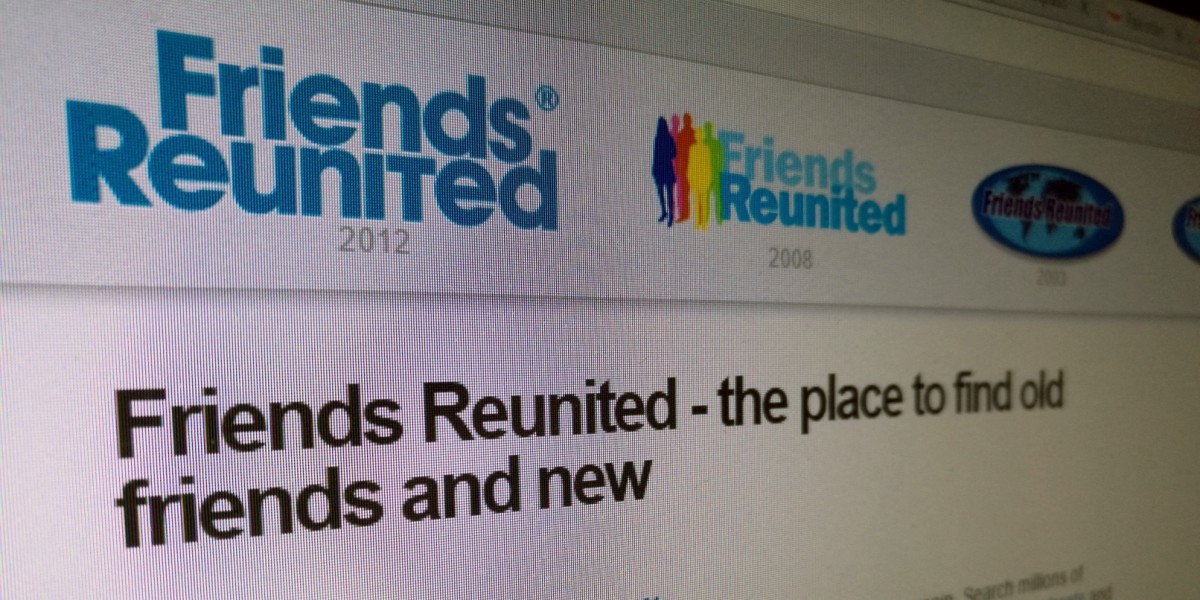 Long before Facebook, and even before MySpace, Friends Reunited was the hot social networking site on the Web, at least for a little while. Now, however, after years of decline and multiple pivots in focus, the service will be closing.

Steve Pankhurst, one of the creators of the site, launched it to the public in 2000, where it quickly grew to have more than 10 million active members. The company then sold to broadcaster ITV for £175 million (~$250 million) in 2005.

As rival services like Facebook took hold – launched globally in 2005 – Friends Reunited’s growth began to flat-line. Following unsuccessful attempts to lure the user base back, the site was sold to DC Thompson for just £25 million in 2009.

The company then pivoted to put more emphasis on making it a place for your old photos – a place to store your memories indefinitely, rather than catch up with old school friends.

When this also didn’t work, DC Thomson asked Pankhurst to take control of it for a short period to see if anything could be done with the service before it was folded up, he explains:

“It was never about re launching the old service into something grand. I knew it was near impossible to re boot something that was old and in decline. I had hoped that after putting it back to near its original form that it would plateau off (which it did) and be self sufficient in terms of covering its costs. But over the year it became clear that most of the actual users coming to the site were using it purely as a message board…

But importantly — it hasn’t covered its costs and like any business this can’t continue indefinitely. Therefore, whilst it’s sad, I believe it’s time to move on and put FriendsReunited to bed. And I feel like I am the right person to do it.”

Pankhurst says he is now working on a ‘Life Chart’ idea called Liife that will allow users to plot key moments in their life and share them with specific people, so it’ll be an uphill battle getting the service off the ground given the reach of similar services now integrated within Facebook.

Read next: Master Swift coding with this 4-part tutorial, just $10