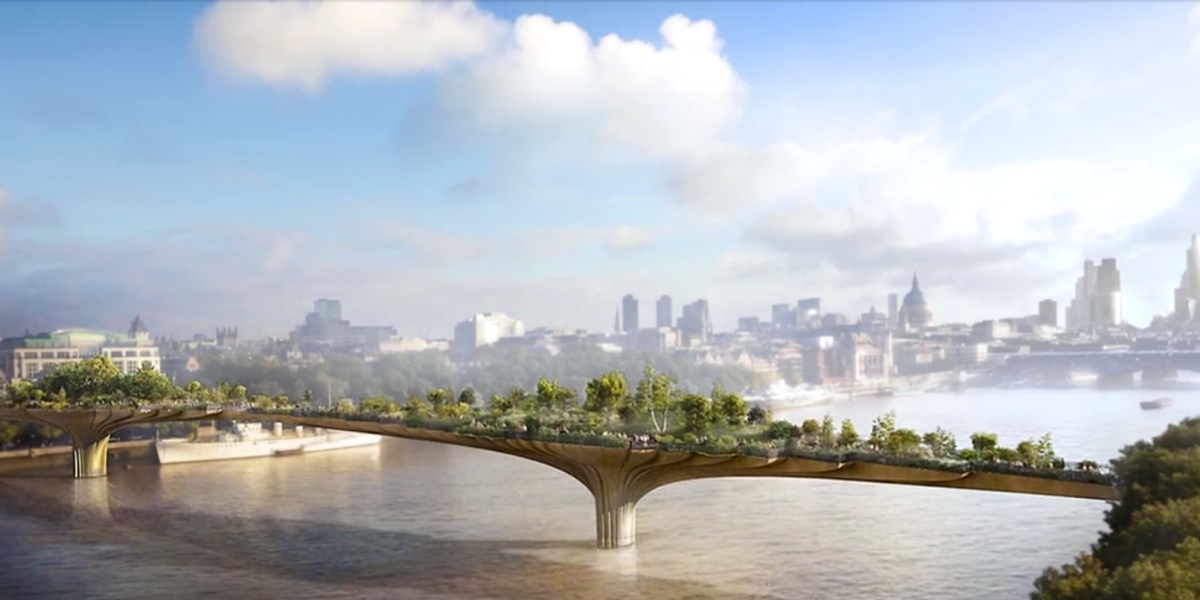 The success of the High Line – an elevated garden built on a long-disused railway track – in New York City has revitalized the space, attracting thousands of visitors and giving New Yorkers another green area in which to hang out.

London, playing the role of jealous second-cousin has decided that it wants a similar project, which will be a leafy garden bridge over the river Thames.

However, according to a draft proposal for rules governing London’s Garden Bridge project, while the space will play host to thousands of trees and tourists, it won’t be all that welcoming of technology  – at least not in some ways.

Among the proposals likely to be adopted are the banning of drones (which I can fully understand) and monitoring of visitors through the use of Wi-Fi connected devices and CCTV cameras, according to Ars Technica.

The ‘HD Smart CCTV’ will be located primarily at entry and exit points to monitor visitor numbers, but the number of Wi-Fi devices present will also be used as an indicator, the paper says.

“The Wi-Fi pedestrian tracking system utilises the anonymous data code emitted by Wi-Fi enabled devices such as mobile phones. This code is then tracked using a number of detector sensors located across the bridge deck and on both podiums.”

Only 2,500 visitors will be allowed at bridge deck level at any one time, due to the need to keep safe evacuation procedures in place in the event of an emergency.

It’s hardly surprising that London would turn to CCTV and Wi-Fi signal snooping for its monitoring needs given that the UK is one of the most (openly) surveilled nations in the world.

Construction of the bridge will start in January next year and the plan is to open to the public in summer 2018.

Read next: Google is open-sourcing its new machine learning system behind Google Photos