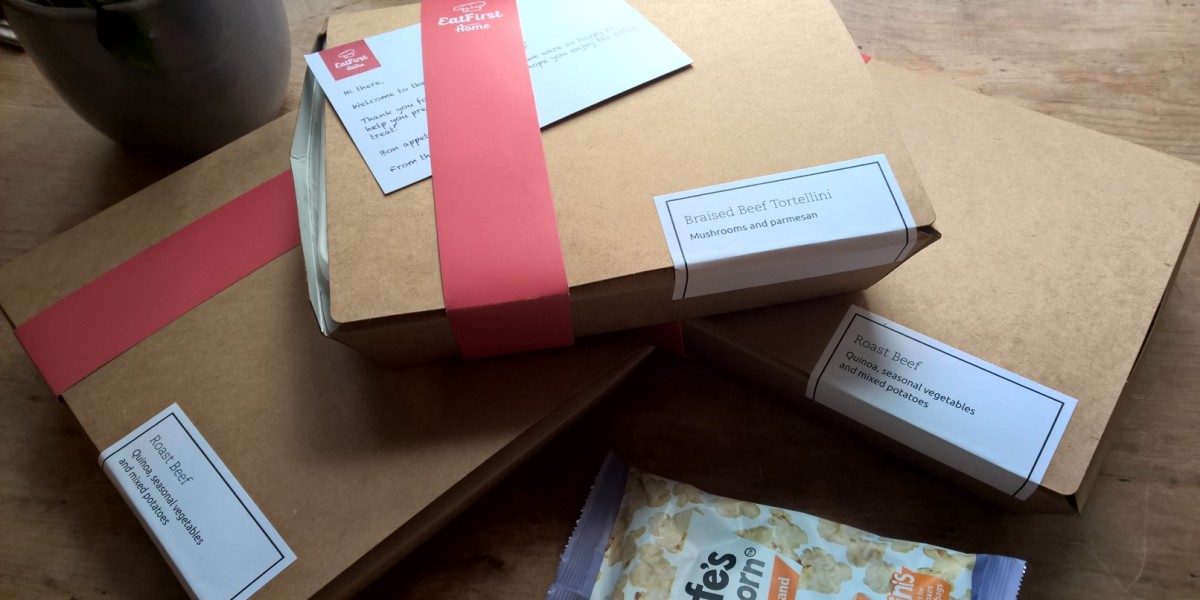 Services to help you order take-away food in a hurry aren’t hard to find in the UK. If you’re looking for one of your regular options, you can fire something like Just-Eat or Hungry House.

If you want something from a restaurant that doesn’t deliver, you can call upon Deliveroo and hope that it’s one of the available options in your area.

If you want to go out, there are plenty of restaurant-booking apps, and if those restaurants don’t accept bookings for smaller parties, services like Eet can help cut down on your queuing time.

Things get a bit more tricky, however, if all you really want is a straightforward meal that doesn’t cost a fortune and won’t make you feel bad about eating it.

If you fall into that category, one of the recently launched options is EatFirst Home, which recently expanded its coverage in central London. Given that I’m the perfect combination of time-poor and incredibly lazy, I decided to test the service out.

(For full disclosure, I also got a £20 credit towards my first order to test out the service – as it happens, that didn’t make for a free meal, but it did subsidize it.)

The aim behind EatFirst Home is to deliver healthy and nutritious food that tastes good. It shouldn’t be too much to ask, and the venture is related to EatFirst, a lunch and dinner delivery service in London that’s not currently operating.

One of the things that was particularly enticing to me about the service is that it doesn’t really require any sort of booking in advance – just order before 4pm and specify a 30-minute delivery window.

As I had a friend coming over to visit, I decided it was the perfect opportunity to test it out – it’s never fun spending the evening in the kitchen while guests sit alone, so this seemed like a nice way to avoid that eventuality.

That said, this isn’t as convenient as a normal take-away, it’s not going to turn up piping hot and ready to eat.

Getting started is really straightforward. You just need to head to the website and check out the menu of the day – it also shows the menu for the following day, but you can’t see any further in advance than that.

Once you’ve chosen what you want, you just add it to you basket and continue on to the payment stage.

That’s what’s supposed to happen, anyway. In my case, it kept telling me that one item had been removed from my basket each time I tried to complete my order.

Being a determined diner, I dropped customer services an email asking what the problem was – it wasn’t showing certain meal choices as ‘sold out’ or otherwise unavailable, it was just removing one item from the basket, regardless of the choice.

As it turns out, the two different options I was trying were both only available for one portion, where I needed two. It’d be useful if the platform told you that at the point of removing the item from your order though.

The email response I speedily received back informed me of this, but also added that they were checking with the chefs if more of them could be made. A few minutes later, another email confirmed I could go ahead and order again, which went through pretty much without incident that time.

You have to pick a 30-minute delivery window between 6pm and 10pm. I’d have been happy with an hour window, to be honest, but if 30 minutes is even better if it actually arrives. I requested between 6pm and 6.30pm.

On the day of delivery, you get a text reminding you that your meal is coming. It also says you’ll receive another text once the driver is en route.

My delivery arrived two minutes before the allotted slot, but I did then receive a text (after it had already arrived) saying that it was due between 6.30 and 7pm. Obviously there are still a few minor kinks in the system.

The choice of dishes each day is relatively small, but focuses on quality ingredients and seasonally-relevant recipes, where possible.

Depending on the day, you might get a choice of five or six main courses. There may (or may not) be a dessert on offer. There might be a coconut water.

Our order for three people was two roast beef and one braised beef tortellini.

The beef itself was more generous than I’d been expecting for a delivery service, though they’d struggled to quite cook it correctly. I’m more than happy to eat rare beef, but this was a bit too rare due to the size of the pieces, though it doesn’t look it on the outside.

I also hadn’t been expecting quinoa, so it was confusing to see it listed on the label for the roast beef meals. There wasn’t any, though.

Other than that, the food itself was enjoyed all round – the tortellini would have benefited from actual small pieces of braised beef rather than being quite so paste-like, but the overall quality did surpass expectations.

Would I order again?

I could see myself using the service again – it feels like a far healthier (or at least, more wholesome) option than a takeaway and it works out comparably (if not cheaper) on cost too.

The downside is that the selection is relatively small, and if you check across a few days, you’ll see items repeat too.

With a takeaway, you don’t have to wait around as you heat your food either – it’s just ready to eat. Depending on what you order, you’ll be needing an oven or microwave to use EatFirst Home – all items take 10 minutes or less, so there’s not too much waiting around.

For now, the service is still in its infancy (it launched in April and has served around 10,000 meals) and is only available in central London, though the company says it will soon be expanding to additional areas and new cities.

It’ll be interesting to see how the company scales the service – it relies on a central kitchen currently with a core team, replicating this recipe (yes, that’s a pun, of sorts) in new cities and then overseeing the whole operation while maintaining quality will be a logistical challenge that the company will have to solve if it’s to continue to grow.

Read next: Docker Toolbox makes it easier to get started with containers in development