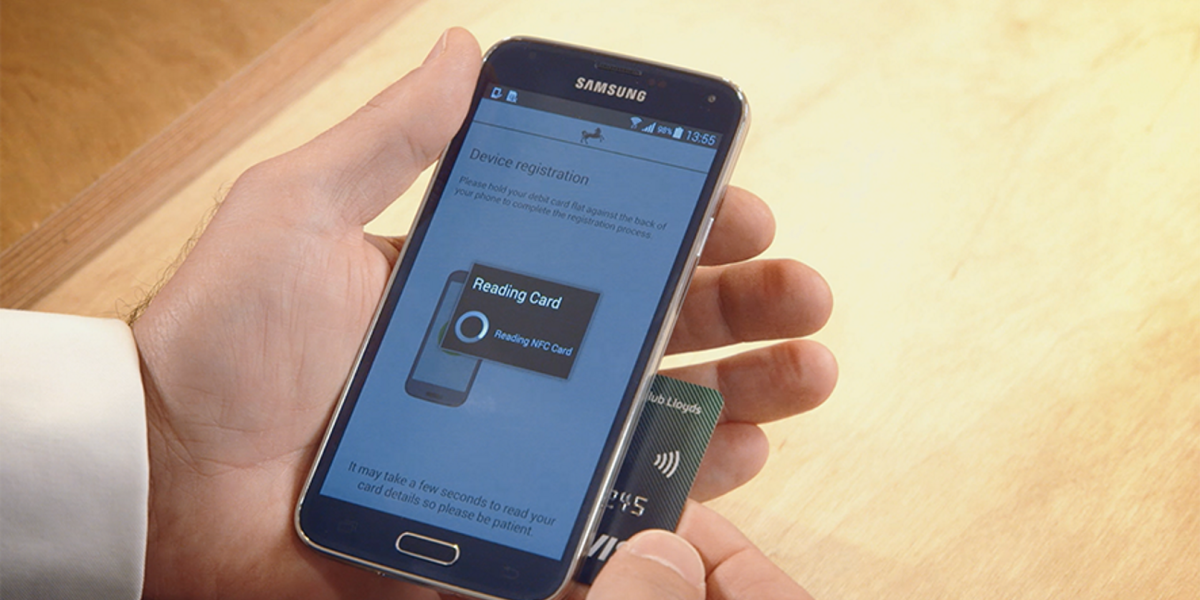 Lloyds Bank in the UK is running a small trial to see if it can speed up the regristration process for mobile banking through use of ‘tap to transfer’ near field communications technology.

Instead of receiving a phone call when setting up the mobile banking app, people in the trial can authenticate their info by tapping their debit card against their contactless-enabled phone. So far, only 125 people are registered in the trial.

While it’s only now being used for verifying identity during set-up, it’s easy to see it being expanded to authorizing other changes, payments and account activity.

Recently, Lloyds changed its log-in procedures for customers to allow people to verify the process via the Lloyds app, rather than requiring a phone call.

Clearly, while appealing for users – speed and simplicity are key drivers for services – it also helps Lloyds too, as it means customer service agents can spend less time carrying out routine tasks that customers could do themselves.

Read next: MyBankTracker helps you pick the right bank for your specific needs

Read next: Bored? Play multiplayer Boggle with this Twitter bot