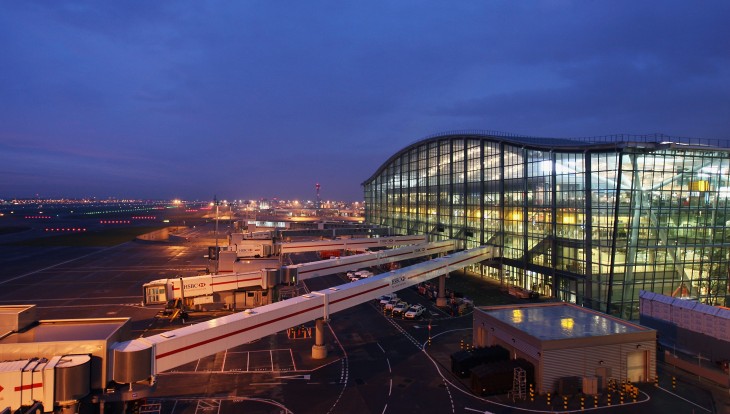 Update: Contrary to Samsung’s claim that it will change signage and wayfinding for the campaign, a Heathrow spokesperson has denied (via iMore) it:

Samsung’s marketing budget is phenomenal. We all know that. But completely taking over Terminal 5 at London’s Heathrow Airport? That’s a crazy and ostentatious move, even for the mammoth Korean gadget maker.

Starting next Monday (May 19), Samsung will be invading every nook and cranny of the busy British terminal for two weeks. The signage, wayfinding, website and plethora of digital screens will be used to push its new Samsung Galaxy S5 smartphone in people’s faces. You won’t be able to move without a luxurious band-aid handset invading your eyeballs.

On top of that, Samsung will be reworking the entrance and drop-off points, main terminal, security checks, boarding gates and baggage reclaim areas. The building will even be called ‘Terminal Samsung Galaxy S5’.

If you’re wondering how Samsung manages to sell a truly eye-watering number of smartphones every year, this is it. The marketing execs at HTC, Sony, Motorola and BlackBerry must be looking on with envy. Sorry folks.

Read next: Halo 5: Guardians will arrive on Xbox One in fall 2015