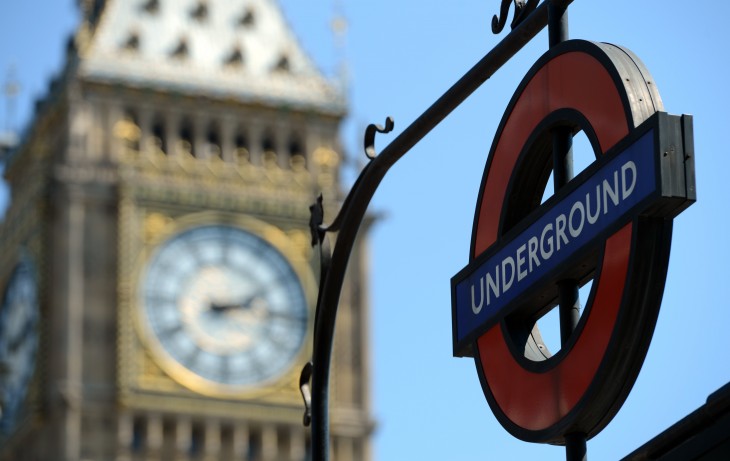 O2 is the latest mobile network operator in the UK to offer its customers free Wi-Fi access on the London Underground, joining Virgin Media, EE (including T-Mobile and Orange) and Vodafone.

Anyone with an O2 contract who is also signed up to its O2 WiFi service will be registered for the service automatically, removing much of the friction associated with setting up an account.

Otherwise, there isn’t a lot of detail on offer. It’s unclear whether all O2 WiFi customers will have connectivity in the London Underground, because if that was the case, technically anyone could log-on for free. That’s because O2 WiFi is a free app, available on both the App Store and Google Play, for anyone with an iOS or Android device.

“O2 Wifi is free,” according to a FAQ page for the service. “Not ‘sign up, give us your card details and we won’t start charging until you’ve forgotten you signed up in the first place’ free. We mean free-free. No contracts, no surprise charges.”

TNW will be testing it out soon to see what the deal is.

Regardless, customers with an O2 contract will also be able to use the operator’s new service, TU Go, to make and receive both texts and calls, as well as access voicemail, on up to five devices simultaneously. The kicker is that it can be used on Wi-Fi-only devices, such as tablets and laptops, where there is no mobile coverage. Perfect for the tube, in other words.

Gary Booker, Head of Consumer at O2 said the company was “excited” to start offering the service from June.

“Our customers want to stay connected wherever they are and will soon be able to check their email, update their Facebook status, shop online, book their next holiday and stay connected to their friends and family right across Tube stations in Central London,” Booker said.

The deal means that almost every major network operator, aside from Three, will be offering free Wi-Fi access from June. Virgin Media, which setup the service in the first place, is currently offering a pay-as-you-go service for commuters and tourists, set at £2 per day, £5 per week and £15 per month.

It will likely become nothing more than a last-resort option, however, once most of the major network operators jump on board in June.

It was originally setup to coincide with the 2012 London Olympics and saw a total of 800,000 people register by December 2012.

Related: London’s tube WiFi – Still a gimmick, with work to be done

Read next: Facebook Home already leaked ahead of Friday launch