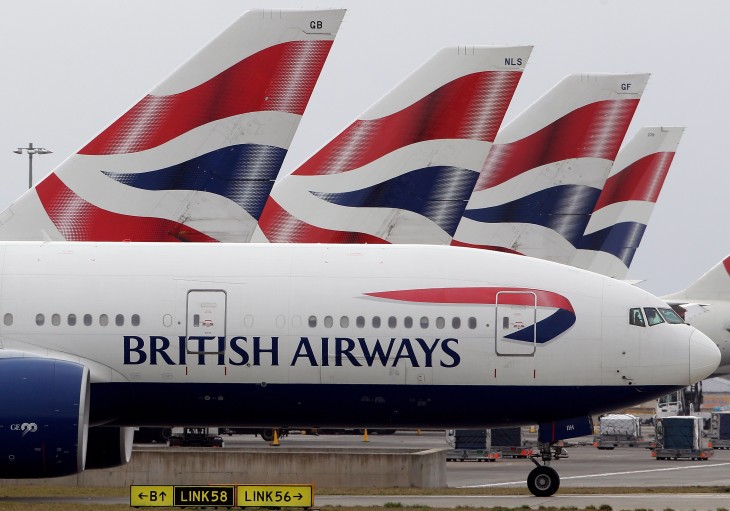 British Airways announced today that it is launching a global innovation program called UnGrounded. In a press conference today, the company shared that its first initiative will be focused on developing real solutions that connect the “next generation of talented innovators” to civic and commercial opportunities around the world. The airline has teamed up with the United Nations and the Decide Now Act (DNA).

On June 12, British Airways says that it will invite 100 “inspirational” innovators, entrepreneurs, venture capitalists, and academics from Silicon Valley to participate in what it’s calling the first “innovation lab in the sky”. On a flight from the US to the UK 30,000 feet in the air, the UnGrounded participants will work to come up with a potential solution to a specific problem that the United Nations is trying to resolve — on this particular flight, the group will address the “misalignment between where science and technology talent is emerging and where opportunities exist in order for them to realize their potential.”

According to Amir Dossal, the Chairman of the Global Partnerships Forum and the Special Representative of the Secretary-General of the Information Technology Unit (ITU) for the UN:

Our understanding is that the talent crunch is a real issue for companies and organizations in major tech hubs around the world. We need to give people the opportunity to discover and be discovered, to grow skills, provide experience and uncover new ideas globally.

In Silicon Valley, it’s not uncommon for people to hear that startups are in dire need of developers and designers in order to help scale their business. Often they search for talent outside of the US, but even that can be difficult. British Airways and the UN hope that it will be able to maximize exposure of the global talent supply with the needed demand.

The US is also dealing with the issue of technology and immigration, especially with the creation of the “March for Innovation” effort led by New York City Mayor Michael Bloomberg. President Obama earlier this year called for STEM immigration reform during his 2013 State of the Union address. He said:

Our journey is not complete until we find a better way to welcome the striving, hopeful immigrants who still see America as a land of opportunity; until bright young students and engineers are enlisted in our workforce rather than expelled from our country.

Dossal says that through this effort, the UN is interested in helping talent find the right place where they can work and succeed. He cites that Africa has been relatively immune to the economic crisis that has griped the rest of the world, but the belief is that there is growing talent there and the global body would like to help pair them with companies that need it.

British Airways says that in a recent study, from the demand side, 29 percent of respondents said that they could not pursue market opportunities because of lack of talent. 31 percent said that they weren’t innovating effectively and 24 percent became unable to achieve growth forecasts. On the flip side, around the world with global millennial, 82 percent are eager to help change the world while 48 percent have a desire to found their own business.

The UnGrounded group will travel to London to present their approach and solution the challenge at the DNA Summit on June 14, which will be received by the UN Secretary General of the ITU. The DNA Summit is billed as a high-level workshop to connect the best minds in the world.

British Airways says that participants will be chosen based on their “energy, ideas, and experience.”

Read next: Nielsen: Chatter on Twitter about TV shows is strongly correlated with ratings