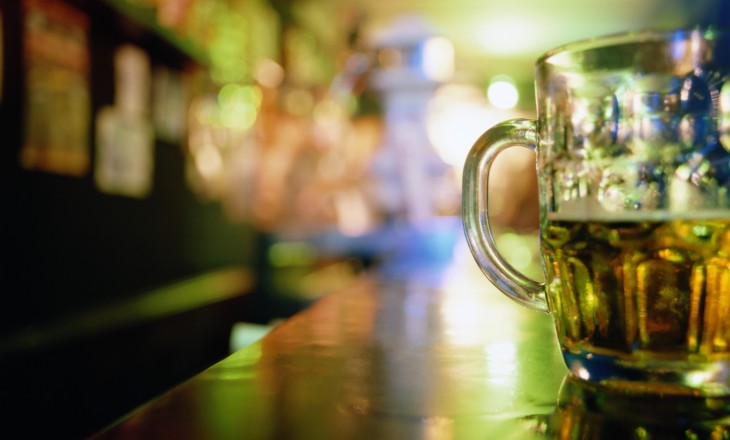 If you’re out in the wild in the UK, looking for somewhere to do a spot of work, or catch up on emails, chances are you’ll opt for a Starbucks or small coffee shop over a local pub to plug your laptop into the cyber highway. But your perceptions of what is – and isn’t – a good place to work could be about to change, with the news that Punch Taverns, one of Britain’s largest pub operators, is set to roll out free WiFi to the majority of its 4,500 bars.

Punch Taverns is headquartered in Burton upon Trent, Staffordshire, and is listed on the London Stock Exchange. It’s a major player in the UK pub scene, even if it’s a name you don’t instantly recognize.

Now, as Computer Weekly reports, Punch Taverns has signed a deal with BSkyB-owned public WiFi service The Cloud to bring free Internet to around 3,000 pubs across the country. Punch has been trialling the connections in a handful of venues already over the past few months, and it says there has been a rise in business during typically quieter daytime periods.

Indeed, it’s a no-brainer for any public service company such as cafes, pubs and restaurants to offer free Internet to customers, as it can often be the deciding factor when opting for one venue over another. “This free initiative puts our pubs on a level with managed houses and national coffee and restaurant chains,” says Julie Clamp, machine development manager at Punch, in Computer Weekly.

“We have already seen pubs making the most of the opportunity WiFi offers by introducing meeting space for business users, adding or upgrading a coffee offer to increase dwell time, or adding social media followers through the use of WiFi.”

Although there may be a temptation to indulge in a little amber nectar while you work, many pubs these days have branched out into quality food and coffee, so it certainly makes sense for Punch to position itself alongside the big-brand coffee houses, and it will likely see a noticeable increase in business as a result of it. Indeed, this deal will also see Punch Taverns go up against the likes of Wetherspoons, which has also inked a deal with The Cloud to bring free WiFi to its chain of pubs across the UK.

The Punch Taverns roll-out is currently still underway, and it’s thought the process should be finished by the end of March 2013. Its contract with The Cloud runs for two years.