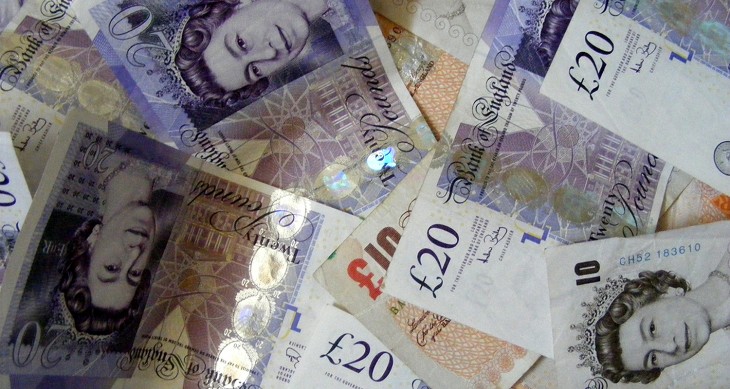 The UK Government-backed Angel CoFund is marking its first anniversary this month. Supporting syndicates and making use of the Government’s Regional Growth Fund money it has provided £24 million ($38.5m) in funding to high-growth British businesses.

Over the year, the Angel CoFund has already invested in 18 companies. Every £1 put in by the CoFund has leveraged £3 from business angel syndicates.

The companies that have received support from the organisation include HipSnip, Upad, PlayJam, Phase Vision and Style-passport. It’s a varied selection, proving that the Angel CoFund is less about specific sectors and more about the possibility of high growth for individual companies.

George Whitehead Chairman of the Angel CoFund and The Next Web had a chat with him to find out more about how the UK is looking for investment.

“It has been a successful year,” he remarks. “I’ve also been pleased about the quality of the angel syndicates coming forward. The way we work, we’re based entirely on looking at partnering and aligning our interests with syndicates of angels. So it’s critical for us to get really good quality angel investors looking to get into the deal especially as we are following their due diligence and investing alongside them.”

Whitehead has a particular interest in syndicates as he feels there is less in the way of risk and this also serves startups and companies that require the full amount they ask for when it comes to securing funds.

“The big message is that most angels tend to under fund companies. Even if a company comes in and says they’re looking for a million pounds. The angels might muster up 600 000 pounds or something like that between them and they’ll go ahead and complete the deal on that amount and then be upset that they haven’t fully funded the company.

“Then when the company comes back and says ‘I really did need a million to hit those milestones’, everyone’s upset. It means it’s possibly a down round, they haven’t achieved what the angels wanted them to get to or they haven’t been able to recruit the quality of people.”

Indeed Whitehead says that only part funding small companies can lead to companies closing, but that there is a temptation for small companies to accept what they are given. “Often that will lead them to almost drop off the end of the pier rather than get finance that bridges them to either a really meaningful milestone where they can get series A venture capital investment or to a point where they’re profitable and they don’t need any more investment,” says Whitehead. “To somewhere in between is a very dangerous place for a little company to be in.”

Whitehead says that the possible weaknesses in deal making is not just down to inexperienced startups taking the first deal they are offered but that investors are often also conservative while they learn the ropes.

“This comes down to inexperience on both sides,” he says. “Angel investors have not been doing this all their lives, they’ve recently exited from a business. So they’ve been used to building businesses up, not investing money. Often they are learning on the job, so when they think it’s better to drip feed money, to try to keep a tighter rein on them, they might find that by doing that they are constricting the growth of a company, stopping them from hiring really good people, stopping letting that company have the credibility to really own a new market.”

The current state of the European economy is bound to make some investors nervous, but Whitehead believes that while there may be fewer investments, there are currently smarter choices while times are tight.

“When times are great, you’ll find a lot of people who believe they have a business inside them, so you get an awful lot of froth and an awful lot of noise of businesses coming forward that have not been thought through, that are miles away from revenue and really don’t understand a customer need. When times are tough, people know it won’t be easy to get funding and they cannot have a poorly thought through business plan. So, although the quantity of deals goes down when we’re seeing tougher times in the economy, the quality goes up and overall that’s a much better way of investing and a much better position for us to be in.”

The broader economy is not the only thing that might be making startups seeking funding a bit jittery. The long forecast Series A crunch is now being tipped to shake down through other tiers of financing, but Whitehead appears to be optimistic in the face of this change.

“I agree the valuation of seed deals looks like it is beginning to balloon, particularly with SEIS tax incentives in the UK, but part of our role is to use our investment committee and the entire investment process to put an experienced sanity check on the valuation process, knowing that further funding is almost inevitable for the majority of the businesses we back. If we disagree with the valuation we’ll walk away”.

The £50m Angel CoFund has been created with a grant from the Regional Growth Fund and invests alongside business angel syndicates from across England in order to support high potential SMEs.

The fund is able to make initial equity investments of between £100,000 and £1 million to SMEs alongside syndicates of business angels, subject to certain geographical restrictions and an upper limit of 49 per cent of any investment round. Investment decisions are made by the independent investment committee of the fund based on the detailed proposals put forward by business angel syndicates.

The fund is not open to direct approaches but from individual businesses. Startups looking for investment need to attract the attention of an angel syndicate or network which in turn can bring the idea to the fund. 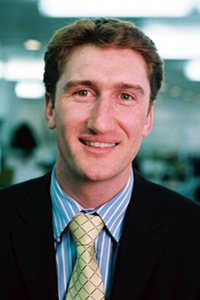 Whitehead says he has been pleasantly surprised at the arrival of a few new faces since the Angel CoFund launched. “About 45% of the deals we’ve seen come from angel networks we were already pretty familiar with, but 55% came from syndicates we’d never heard of. We have groups of angels that come from exceptionally good backgrounds, who are just unheard of on the angel circuit in the wider sense.”

But it seems that this might be a reflection of a change in the angels present themselves. Whitehead notes that many private investors do not publicise the fact they are looking for  something to fund.

“It wasn’t long ago that it was very rare that a private investor would admit to being one for fear of being inundated,” he explains. “But more and more are doing so now and what we’re finding is this change of culture where people are beginning to question, not why are you an angel investor but why aren’t you? If you’ve just exited a business, if you’ve been astonishingly successful building a company up, why would you not want to get involved in other young businesses? You could help them on their journey and make a significant amount of money as well.”

So will the combination of government and angel syndicate funding continue? £50 million is a large commitment but of course it cannot last forever. Whitehead is pragmatic about the future but feels that the current success rate is a pretty good proof of concept.

“So the premise here is not to do that and let’s lean on the fact that angel investors are really sensible investors, they roll their sleeves up and really get involved and add an enormous amount of value. the problem is they don’t have deep enough pockets to really fund companies properly, so back angels and the judgement of angels but give them enough firepower to get companies to really meaningful milestones.”

With respect to future government funding he says, “I hope so, but that’s up to the government. We’ve absolutely smashed every single target the government gave us and they’re over the moon with what we’ve achieved with this. The hope is that they will keep supporting it in the future. As it happens we have enough cash to keep investing for the foreseeable future at the same rate we are at now.”

So more small companies that are noticed by syndicates might have a chance to get the funding they need to get going. While there are nerves about investment and the economy in general, safety in numbers could also be the way to go for wise investors.