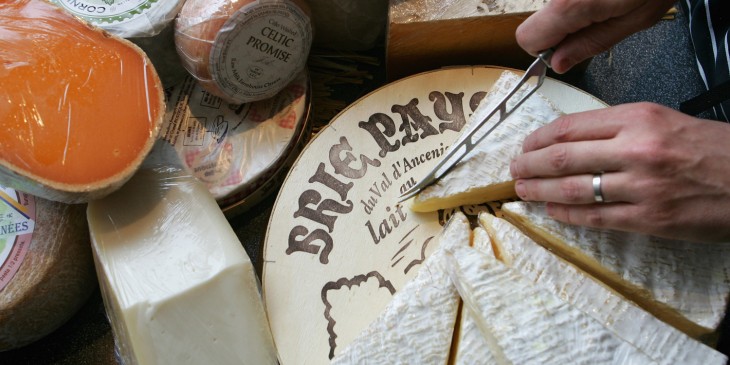 Larderbox, the monthly food delivery service has been acquired by competitor Foodeebox for an undisclosed sum. The pair provide ways for independent and artisan food producers to deliver samples to homes and work places on a monthly basis.

Foodeebox was launched in September this year and it sources products from UK independent producers to send tasty treats to subscribers. It makes sense for the two to pair up given the similarities in service and crossover when it comes to the audience they address.

LarderBox, was launched in January by the team behind the online marketplace, LoveYourLarder. By handing on its subscription service to Foodeebox, the company says it can now focus on developing LoveYourLader with hopes to make it a go-to site for foodies and a place that supports and promotes small and independent producers.

In addition to sending artisan nosh to customers, Foodeebox has taken a leaf from the book of TOMS Shoes. While TOMS provides a pair of shoes  for those in need each time someone buys their product, Foodeebox donates a meal to foodbanks in the UK for each box bought by a member.

The food delivery market in the UK is fairly rich. Services like Graze are popular for those who prefer a healthy snack, specifically local artisan foods can be found through companies like The Cornish Foodbox Company and of course dieting is covered by a number of services like MyFood, formerly known as MyDiet.

Foodeebox is confident that the acquisition of Larderbox will help it to rise through the ranks. Jason Brown, FoodeeBox Founder, said:

“With this acquisition FoodeeBox is now one of the UK’s biggest food subscription services, and by folding LarderBox into FoodeeBox we’re in a very strong position to compete more aggressively against our competitors.”

For Larderbox customers, the company says that those who have signed up to 3, 6 or 12 month subscriptions don’t need to do anything for the rest of that contract. The firm won’t take more money from pay-monthly customers though and these customers will need to re-subscribe with Foodeebox at the end after they receive their December box.

Read next: Evernote CEO Phil Libin is pretty sure he's running the fastest-growing company ever, kinda