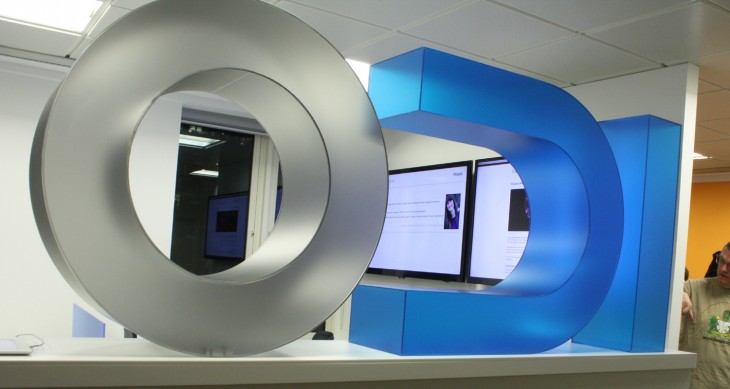 The Open Data Institute (ODI) officially opens this week and it is “a collaboration between businesses, entrepreneurs, researchers, government and society to unlock enterprise and social value from the vast amount of open government data now being made available”.

That’s quite a mouthful – put plainly, there’s a truck load of open data around, so let’s have at it and see what we can do.

The organisation has some pretty weighty founders, father of the web, Sir Tim Berners-Lee and Professor Nigel Shadbolt, Professor of Computer Science at the University of Southampton, created it to be independent, non-profit and non-partisan.

So far the ODI has nailed down £10 million ($16m+ USD) over five years from the UK government via the Technology Strategy Board, which invests in tech research and development, and a further $750,000 from Omidyar Network, the philanthropic investment firm. The organisation is also working toward long-term sustainability through match funding and direct revenue.

The offices of the ODI are based in Shoreditch, so it’s well placed to be a touch-point for local tech startups that are also interested in open data.

Shadbolt and Berners-Lee predicted the opening of UK government data and how it could be used to the advantage of the public. They were right on the money of course and the Data.gov.uk site provides access to the general public and those who want to create apps or businesses that utilise the data that is available.

The pair also created a proposal around that time that highlighted the need for an institute that would help people make more of this data. The outline reads:

It will help the public sector to use its own data more effectively. Working with private companies and universities, it will also develop the capability of UK businesses to exploit open data, fostering a generation of open data entrepreneurs.

So, the opening of data should prove to be beneficial to citizens and businesses. Something that the government with its current crush on Tech City pretty much has to agree with as it falls in line with its hopes for the UK to become a technological world leader.

As part of the official ministerial opening, the ODI has been working with Deloitte to show off some analysis on how the UK handles its data.

The report highlights say that the UK is leading the world. It says that although gov.data.uk doesn’t have the highest quantity of open data sites in comparison with say, the US or France, the site receives more daily visits than both data.gouv.fr and data.gov in the US.

Deloitte has found that between January 2010 and September 2012, demand for open data on data.gov.uk, measured by the average number of page views for each dataset, has grown by 285%. So there is clearly a demand for opening up data so that it can be used in relevant ways. 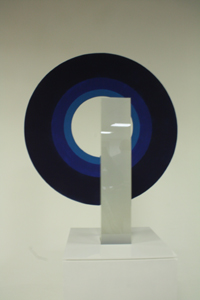 Interestingly the offices are decorated with art works that are also data-led. Mz Tek, the organisation that hopes to even up the balance of men and women working in technology, helped to choose the commissions that led to the works that are now on display.

There’s also at least three startups working from the ODI already. Agile big data specialists Mastodon C; Open Corporates, which aims to bring all information about companies around the world together in one place; Placr, which brings together location and data; and Locatable, the free service that sucks in data to help users work out where they would like to live, based on things like tax rates and commuting distances.

The ODI’s work will be presented to Cabinet Office Minister, Francis Maude, at the official opening on Tuesday. Maude is clearly hoping that open data will provide new avenues to help the economy. He said:

‘The creation of the Open data Institute – the first organisation of its kind in the world – underlines our determination to maximise the potential of data as a material for economic and social growth.

The ODI, and the expert team assembled there, are already helping to foster a new generation of innovative businesses built on open data, and to develop the specialist skills among data technologists that will see the creation of new products and services.’

Data with a purpose

Big data was at risk of becoming a buzz word. Bitly’s own chief data scientist Hilary Mason said as much at The Next Web conference earlier this year.

At Le Web London, data scientist DJ Patil explained that big data needs to serve a purpose and he does indeed have a point. The UK government’s release of swathes of data is a good thing, but it doesn’t benefit everyone unless it is presented in useful ways, understandable by human beings rather than just machines. The ODI will hopefully go some way to helping this happen.

There are of course questions around the idea of a “data base state” and concerns about privacy for individuals. That said, with the current coverage of CCTV across London, some might also say we’re already a long way down that road.

The ODI responds to this idea with a message of data democratisation:

There are those who fear a database state — where only the powerful have access to data and use it to spy and snoop. In fact the internet and web, as well as the falling cost of ever more powerful personal computing devices, have democratised data. This centrally gathered data, when distributed, is a new public good, a new economic and social resource. The UK is well placed to exploit it to the benefit of the country at large and each of us individually.

Even though the organisation is barely on its feet with big plans ahead, it seems that it is already having an international impact. Sir Tim Berners-Lee said:

People are looking to the UK as being a leader. A lot of people have come to me since they heard of plans to launch The ODI with questions about how they can launch one in their own country.

I think it’s great to have somewhere to centralise a lot of experience, a lot of the brilliant work that people have been doing in this area both within the UK in the international community. This is just the start of amazing things that are going to happen in this space.

An organisation like the ODI needs the support of its government. As the current leaders continue to focus on areas like Tech City, it should also consider how data could be combined with hard tech, like the products that emerge from cities like Cambridge.

The ODI is a powerful political darling at the moment and indeed it could foster change in sectors like finance, transport infrastructure, environmental targets and of course the economy. It will be interesting to see if the associated ministers in these sectors are going to be willing to dive deeper into data too, in order to make the most of what the ODI has to offer.